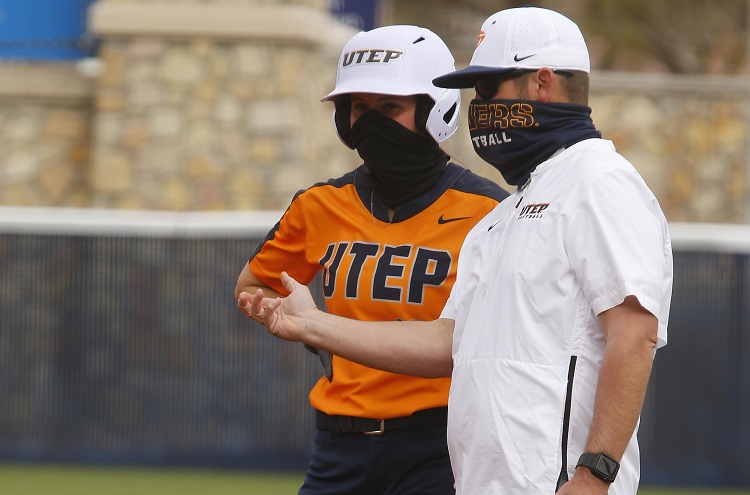 “It’s nice to have a weekend off (from conference play), but it’s also nice to have just one game on the weekend to give us a little bit of a tune-up,” head coach T.J. Hubbard said.

“In our sport, I believe it’s hard to go a full week between contests and feel like you can stay at the top level of your skillset. It’s a good opportunity to have any last-minute preparations or changes that we need to do heading into UTSA next weekend.”

The game will be available for streaming on C-USA.TV.

“At this point of the year, I think everybody is peeking and watching what everyone else is doing and what happens (with the playoff picture) and how the different scenarios on this side or that side of the equation will play out,” Hubbard said.

The Miners would need to win three out of the four games in their series versus the Roadrunners from May 7-9 to oust UTSA and make the Conference Tournament.

Third-place LA Tech (19-24, 7-5 C-USA) has two remaining series versus Southern Miss (20-25, 2-10 C-USA) and North Texas. Should the Lady Techsters get swept in both of those series and the Miners win all four games in San Antonio, UTEP would clinch a C-USA Tournament berth over LA Tech.

Redshirt sophomore Isabella Kelly and sophomore Zaylie Calderon combined for a two-hit shutout in UTEP’s only win of the four-game series.

Kelly entered the weekend with a 7.20 ERA, and after her four appearances totaling 12.2 innings pitched, ended with an ERA nearly a whole point lower at 6.25. Calderon let just one earned run cross the plate in her 9.2 innings featuring eight strikeouts. She continues to lead the Miners with a 3.03 ERA.

Senior utility Ilena Santos is second on the team in average, hitting at a .300 clip. Junior infielder Kasey Flores is first on the squad in home runs (6).

Freshman outfielder Aaliyah Rebolledo will play her first collegiate game against her sister, junior utility Linnah Rebolledo, this Sunday. Hubbard recruited both of the sisters out of Ramona High School in Riverside, California, to play for him – Linnah when he was at Utah Valley and Aaliyah in his first year at UTEP.

Since Linnah’s arrival to Utah Valley, she has compiled a .298 career batting average in 132 games. Linnah is having her best season yet as a Wolverine with career-bests in batting average (.348), home runs (5), extra-base hits (16) and RBIs (29).

Since Hubbard’s departure from Orem, Utah, the Wolverines have a 12-18 conference record under head coach Stacy May-Johnson in her three years at the helm of the program.

Utah Valley has won six out of its last 10 games and currently sits in fifth place in the WAC standings with two remaining series versus New Mexico State (first place) and Tarleton (eighth place) before its conference tournament.

Milliken also leads the Wolverines in homers (8) and on-base percentage (.419). Rebolledo ranks third in the conference in RBIs (33).

Utah Valley is led in the circle by senior pitcher Devyn Cretz with 13 wins (2nd in WAC) and three saves (1st in WAC). Cretz has a team-best 3.10 ERA, .253 opposing batting average and 105 strikeouts over 131 innings pitched.