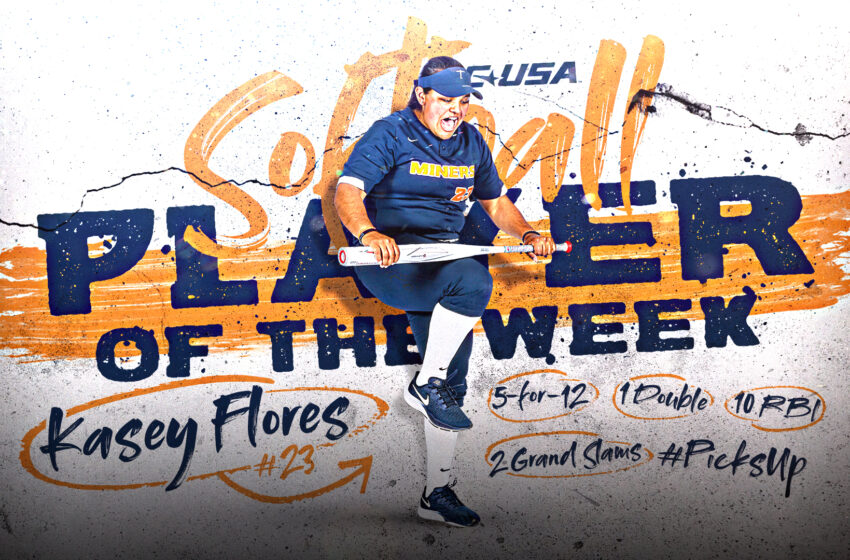 This is Flores’s second time receiving the award and first since 2019.

In game one of April 2’s double-header, Flores went 2-for-4 with a double and a grand slam, crossing home plate twice in the game. It was Flores’s first grand slam since her freshman season in Feb. 15, 2019, against Weber State.

Flores was a perfect 3-for-3 in game two of April 3’s double-header with each base hit knocking in a run. Flores’s final hit – a grand slam – gave the Miners the lead for the remainder of the contest and brought her RBI total to six on the day.

She finished the weekend with a .417 batting average and .462 on-base percentage.

Flores is riding a hot bat as of late since her sixth inning go-ahead homerun in UTEP’s upset victory Texas Tech back on March 20. Since that day, Flores is 7-for-15 at the plate with 13 RBIs.