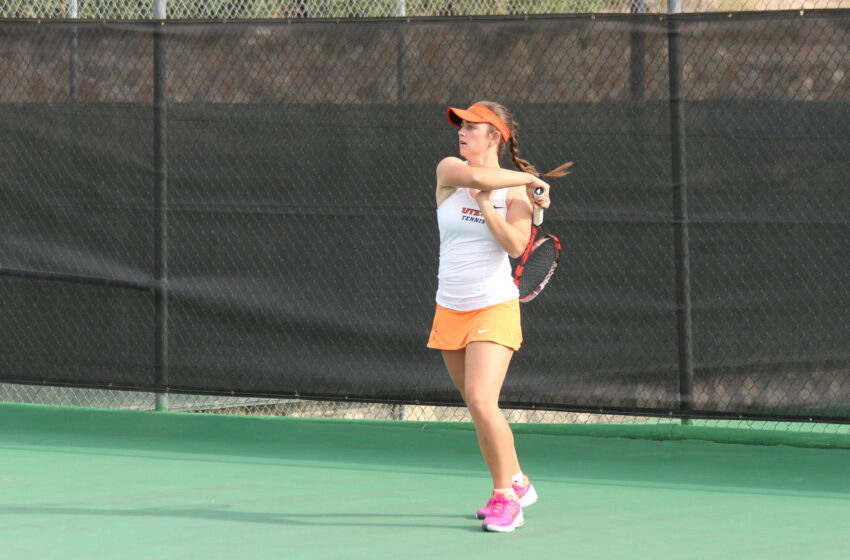 The UTEP women’s tennis team travels to Dallas this weekend for a pair of matches at the SMU Tennis Complex.

The Miners open with a Saturday morning match versus Texas Rio Grande Valley at 10 a.m. MT and will end the weekend on Sunday against SMU at 10 a.m. MT.

TRGV holds an 8-7 overall record and a 3-2 mark in the Western Athletic Conference. The Vaqueros last defeated Seattle University, 4-3, on Saturday (4/2) and Laredo Community College, 6-1, on Monday (4/4).  UTEP and TRGV have never competed against each other.

SMU enters the weekend with a 12-8 record overall and is 3-2 in the American Athletic conference. The last time out was on March 1, 2014, where the Mustangs topped the Miners 5-2 in Dallas. SMU sports a 5-16 advantage in the series.

The Mustangs have won their last three matches picking up wins against Memphis (5-2), Texas Permian-Basin (7-0) and No. 68 North Texas (4-3). The Miners will face a tough match-up at doubles against SMU’s duo of Hristina Dishkova and Vaszilisza Bulgakova who were given a ranking of No. 62 in the Apr. 5 edition of the ITA national rankings.