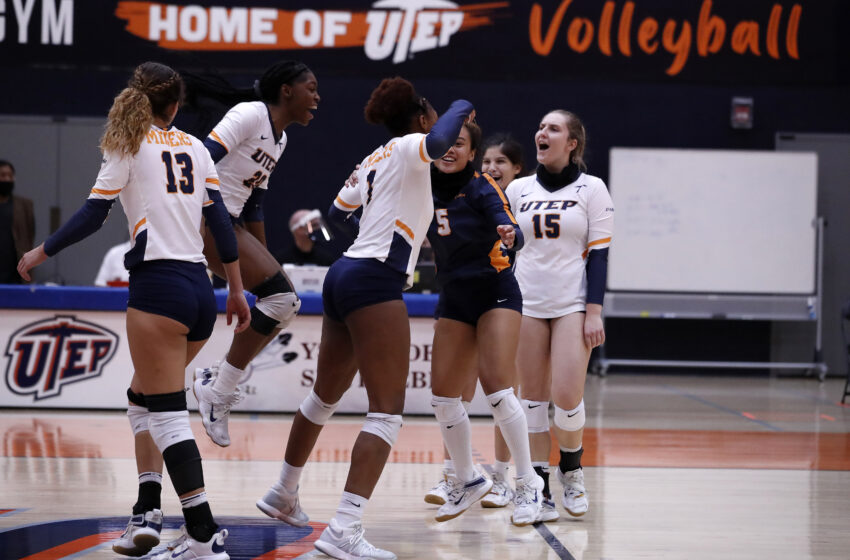 The series will be the Miners’ final tune-up before the Conference USA Tournament April 1-3. Both matches will be available for streaming on C-USA.TV.

Wallis said these matches have the utmost importance due to conference tournament seeding implications.

“The best teams that win championships deal with the pressure,” Wallis said. “(My team) understands that in order to get in into a better place seeding wise they need to win both of these matches.”

Should the Miners defeat the Golden Eagles in both matches, they will have clinched the second seed in the West Division – UTEP’s highest seeding in a conference tournament since 1984 when they were in the OCAC.

However, if the Miners lose a match, they will fall to the third seed, and if they lose both matches, they will not clinch a berth in the tournament.

“Saturday doesn’t matter at all right now,” Wallis said. “It’s all about Friday and turning our attention there and doing our jobs appropriately.”

The wins marked both the first time the Miners won in straight sets in back-to-back matches since October 2013 as well as the first straight-set sweep of an opponent since October 2012 when UTEP accomplished the feat against Houston.

In addition to her 11 kills, Palm dug out 10 balls to give herself back-to-back double-doubles for her third of the season.

The Golden Eagles were swept in their last series versus North Texas on March 21, 3-0, and 22, 3-1. The Miners splits their season series with the Mean Green. Southern Miss also split its two series with UAB and UTSA.

The Golden Eagles rank first in C-USA in digs/set (16.46) as well as first in attacks/set (37.43). Five players of Southern Miss have at least 100 digs. Libero Madison Lawler leads all Golden Eagles with 287 digs – the third-most in the conference.

Southern Miss’s leading outside hitter Duquesne Moratzka is seventh in C-USA in kills/set (3.52) fourth in attacks/set (10.73) but has just a .178 kill percentage. Moratzka most recently had a combined 19 attack errors versus North Texas on March 21 and 22 to hit a collective .091 on the weekend.

The all-time series between the two programs rests in the Golden Eagles favor, 15-5. UTEP most recently defeated Southern Miss, 3-2, for the first time in six years last season on Nov. 3 in Wallis’s first season as head coach. Then-junior Cheyenne Jones powered a career-high 25 kills in the match.

WHERE THE MINERS RANK IN C-USA/NATIONALLY