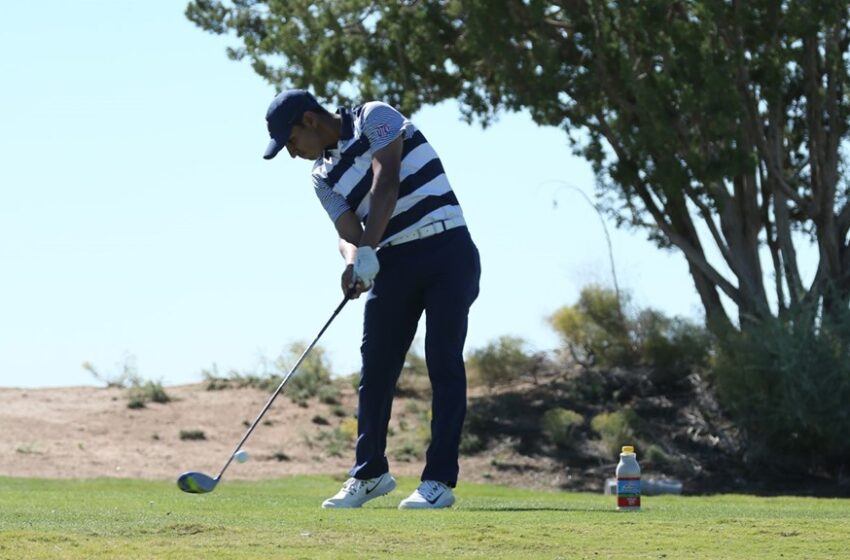 BANDON, Or.- Seventeen birdies and an eagle helped keep the UTEP men’s golf team under par and in fifth place out of 14 teams through one round of the Bandon Dunes Championship in Bandon, Ore. on Sunday.

The Miners shot 1-under 283, trailing the leader no. 22 Arizona State by 10 strokes. Clemson, ranked no. 15 nationally, Utah, and Washington State round out the top-4 of the field. UTEP currently leads defending Dunes champion and no. 24 Oregon, who shot 2-over 286. The tournament, hosted by Gonzaga, will continue tomorrow with round two. Tee times begin at 9:30 a.m. MST.

All five Miners competing stayed close on the leaderboard. Aaron Terrazas picked up three birdies and remained under par with his round of 1-under 70 for a share of 14th place, while Charles Corner, Nicklas Pihl and Settavut Paradee all shot a round of 71 to stay even-par and tie for 21st in the field.

Corner picked up a birdie when he teed off on hole no. 1, and added two more in his round. Pihl led the team in birdies with six, including consecutive ones on holes no. 14 and 15, and Paradee added three of his own.

Oskar Ambrosius, playing in his second collegiate tournament, carded a round of 1-over 72 to share a spot in 33rd place. The freshman picked up the team’s only eagle of the day on a Par-5 and punched in two more birdies in his round.

The Bandon Dunes Championship will continue through Tuesday. Live stats are available at golfstat.com.