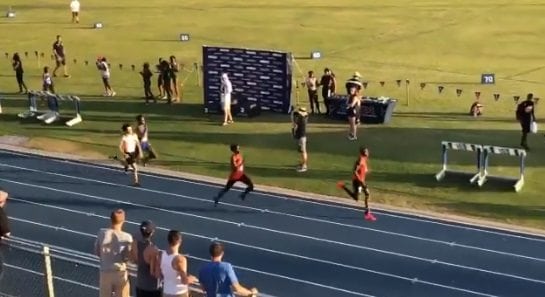 HOUSTON – The UTEP track and field team wrapped up the final day at the 2018 Conference USA Outdoor Championships taking him 11 medals in six different events on Sunday at Wendel D. Ley Holloway Field in Houston.

“Injuries really plagued us this heading into this meet and I felt both teams performed as best they could,” UTEP head coach Mika Laaksonen said. “The men’s team was only 10 points away from second place and showed how hard our team battled.”

Koech scored 18 points for the Miners, while Cheruiyot added another five points.

Newcomer Shakeem Smith sprinted to a bronze-medal finish in the 400m clocking a personal-best time of 51.95. Earlier in the day Smith narrowly missed out on a podium finish clocking 14.05 in the 110m hurdles garnering fourth place. Smith scored 11.5 team points.

Senior Asa Guevara captured his first C-USA title in the 400m running a career-best 45.26. He returned in the 200m earning fourth overall with a time of 20.97. Guevara scored 15.5 team points.

In the women’s 400m hurdles, junior Dreshanae Rolle earned runner up by clocking a personal-best 59.02 and scored eight team points.

In the men’s 5,000m, newcomer Boaz Ronoh led the trio of Miners competing with a time of 14:48.87 to take fourth overall. Freshman Cornelius Kapel followed closely behind crossing the finish line at 14:51.15 in fifth place. Antony Kosgei clocked a time of 15:06.36 to finish 10th overall. Kapel and Ronoh combined for nine team points.

Donivan Ortega leaped out to 14.94m (49-0.25) in the triple jump finishing in seventh place and scoring 2 team points.

Closing out the night in the women’s 4x400m relay, Gibson, Rolle, Annettee, Bolomboy and Imani Adams combined efforts sealed a silver-medal finish with a time of 3:40.45 registering eight team points.

The team standings on the men’s side was a battle for second place, the Miners finished sixth overall with 100 points. Charlotte took home first with 149 points, Southern Miss took home second with 110 points, UTSA third with 109 points, Rice and WKU tied for fourth with 105 points.

On the women’s side, Southern Miss finished first with 131 points, Mid. Tenn. Claimed second with 116 and UTEP finished eighth overall with 52 points.

The Miners will return to competition for the NCAA West Preliminaries held in Sacramento, Ca., on May 24-26.