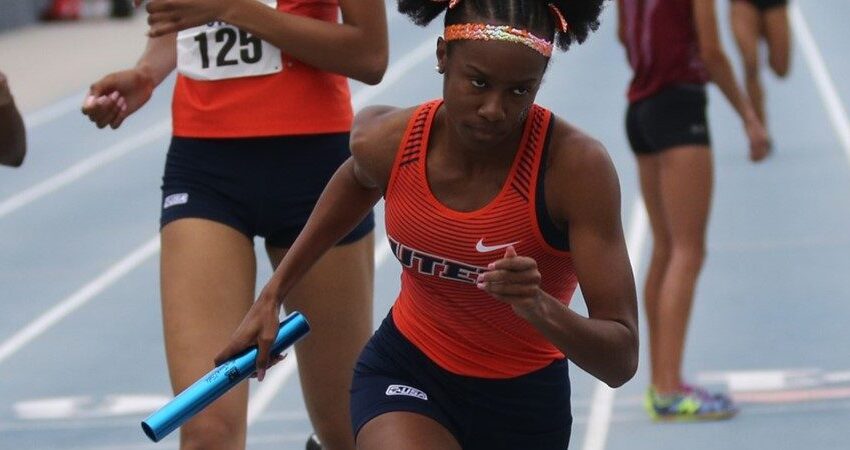 Lilian Koech and Winny Cheruiyot highlighted the meet with a first and second-place finish in the 800m. Koech led the way with a winning time of 2:09.32, followed by Cheruiyot with a personal-best time of 2:10.05. The two Miners continue to lead the league in the 800m.

Michael Saruni cruised to a first-place finish in the 800m invitational stopping the clock at 1:48.39. His time ranks seventh in the west region. The All-American will return to the track as part of the 4x400m relay on Saturday at 2 p.m. MT.

In the 200m, Alejandro Alcazar and Kyle Farrell clocked personal bests. Kyle ran a time of 21.57, followed by Alcazar with a career-best 22.46.

In her last season as a Miner, Tyler Ragin has been improving each meet clocking a personal best in the 100m twice during the outdoor season. She notched a season-best 5.63m (18-5.75) in the long jump earning 11th place.

The Miners return to the track on Saturday beginning at 9 a.m. with the running events and the field events starting at 9:30 a.m.

Newcomer Shakeem Smith makes his return trip to Mika A. Myers Stadium where he will race in the 110m hurdles at 11:35 a.m. He holds the seventh-fastest time (14.19) in program history.

In the 400m, senior Asa Guevara is set to take the track at 12:05 p.m. running in the first of five heats. Guevara will run against collegiate and professional athletes, including Dedric Dukes (Nike).