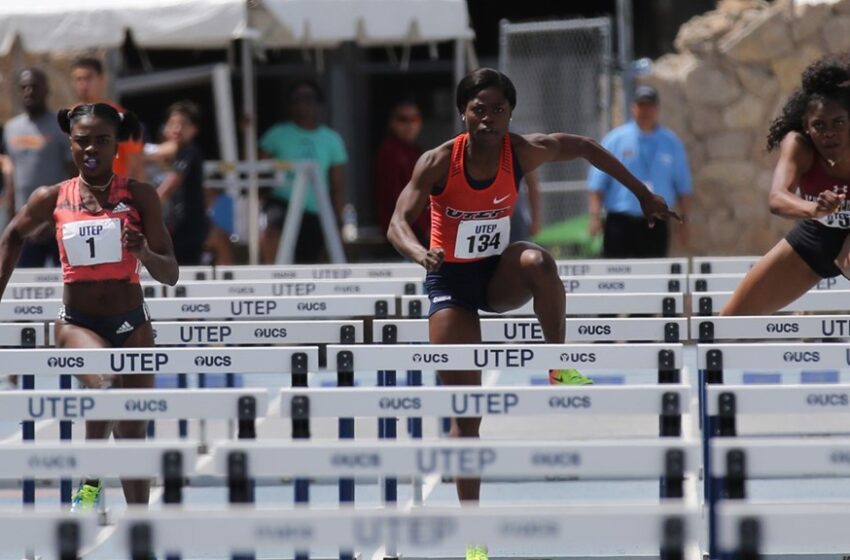 The men’s 4x100m relay team consisted of Donivan Ortega, Asa Guevara, Frederic Williams and Kyle Farrell. The team clocked in a season-best time of 40.96 finishing sixth in the fourth heat.

Williams and Farrell returned to the track in the 100m. Williams clocked a time of 10.81 to finish sixth in his heat. Farrell posted a personal best of 10.90.

Newcomers Shakeem Smith and David Rivera competed in the 110m hurdles. Smith clocked a time of 14.48 and Rivera finished with a time of 15.20.

The women’s 4x100m relay consisted of Tyler Ragin, Imani Adams, Rebecca Oshinbanjo and Madison Gibson. The crew clocked in a time of 47.22 in the final heat.

Dreshanae Rolle, Annette Bolomboy, Adams and Gibson teamed up for the 4x400m relay team. They notched a sixth-place finish in the fourth heat crossing the finish line at 3:52.82.

Oshinbanjo stopped the clock at 14.00 in the 100m hurdles with a wind-aided time.

The Miners will return two runners for the final day on Saturday.

Lilian Koech will compete in the women’s 1,500m at 1:35 p.m. Koech competed in the 800m invitational yesterday and was the first college athlete to cross the finish line with a time of 2:07.53.

Junior Jonah Koech will compete in the men’s mile invitational. Last year, Koech garnered a sixth-place finish with a time of 4:03.75.