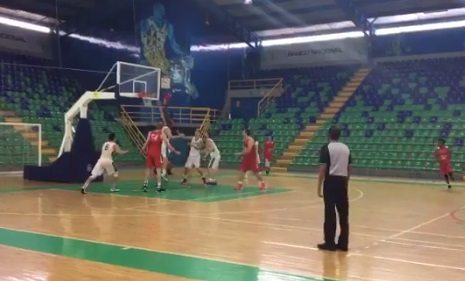 SAN JOSE, COSTA RICA – The UTEP men’s basketball team wrapped up a productive three-game stint in Costa Rica with a 78-73 triumph over the University of British Columbia on Friday morning.

UTEP played three games in San Jose, dropping a pair of tight decisions to another Canadian team, McGill University (56-54 and 86-82) on Wednesday and Thursday.  Earlier this month, McGill took SMU to overtime and beat Kent State, a 22-game winner and NCAA Tournament participant in 2016-17.

In the end the trip to Costa Rica wasn’t about wins and losses, it was about building team chemistry while affording coach Tim Floyd and his staff the opportunity to experiment with numerous lineup combinations.

The statistics show that 12 of the 13 Miners who made the trip saw action over the last three days.  Freshman guard Evan Gilyard was with the team but didn’t play while nursing a shoulder injury.

Osborne was the leading rebounder with 6.0 per game, while Wade posted a double-double against UBC with 16 points and 11 boards.

The trip wasn’t just about basketball.  The Miners toured San Jose, visited a local orphanage, sampled the local culture and food, and have more activities planned on Saturday before returning to El Paso on Sunday morning.

The team will take a break from mandatory activities until early October when practice officially resumes for the 2017-18 season.  UTEP already has a major head start on the upcoming campaign with three games and 16 practices under its belt.

“I thought it was a good week,” Floyd said.  “We know that we’ve got a lot of work to do in October, but every team does.  I like the fact that our guys were able to bond and get together.  We didn’t play Matt Willms any minutes.  We tried to play Kelvin Jones a lot of minutes. We didn’t play Paul Thomas and Omega Harris today because it wasn’t about any of those things, and it hasn’t been for the last three days.  This is going to be a good basketball team before the season is over, and I think this experience is really going to help us.”