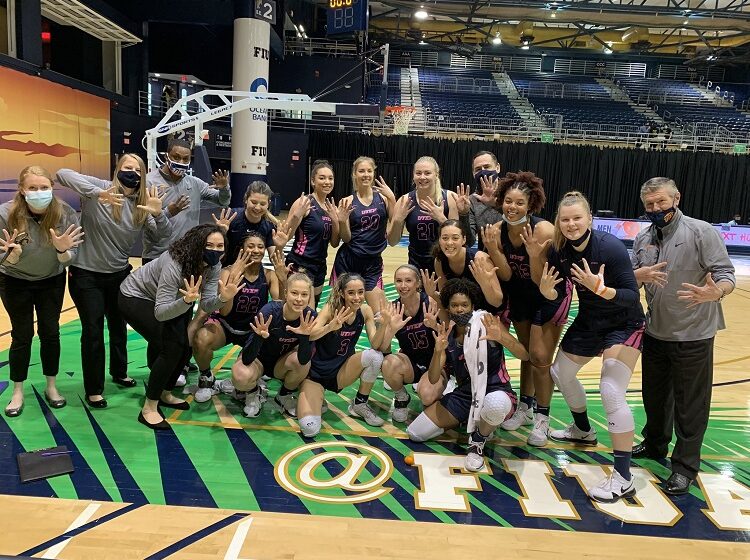 UTEP women’s basketball (14-5, 11-3 C-USA) used a dominant second-half performance to extend its winning streak to nine games with a 73-57 road win over FIU (9-9, 6-6 C-USA) on Saturday afternoon at the Ocean Bank Convocation Center in Miami.

Much like Friday night’s win at FIU, the Miners trailed after the first quarter on Saturday, but then answered by outscoring the Panthers, 55-35, in the final three periods. FIU opened the game by shooting nearly 67 percent in the first, but the Miners stepped up defensively, holding FIU to 13-of-37 shooting for the remaining three quarters.

UTEP’s nine-game winning streak is tied for the fourth-longest streak in program history and the longest since the 2013-14 season. Additionally, the Miners have won five straight road contests, which ranks as the third-longest road winning streak in history.

For the second game in a row, four different Miners reached double figures in the road win. UTEP was led by Michelle Pruitt, who tied her career-high with 18 points and also grabbed a team-high 10 rebounds. Katia Gallegos added 17 points (6-9 FG), five rebounds and seven assists, while DejaNae Roebuck and Destiny Thurman scored 14 and 11 points, respectively.

In the first, UTEP spread the ball around with six different Miners scoring and the team going 6-of-11 (54.5 pct.) from the field. However, FIU bested the Miners, shooting 8-of-12, including five three-pointers in the first to a 22-18 advantage.

UTEP opened the second quarter on an 8-2 run thanks to a layup by Pruitt and a pair of threes by Thurman to take a 28-24 lead. Midway through the second, FIU followed up with a 9-0 run of its own for a 39-34 lead, but UTEP answered with another scoring run. Gallegos hit back-to-back field goals to make it a one-point deficit, followed by a pair of layups by Tia Bradshaw. That capped off an 8-0 run by the Miners, who entered the half with a 42-39 lead over the Panthers.

Midway through the third, UTEP’s offense began to heat up as the Miners went on an 11-1 run and held FIU scoreless for almost seven minutes to stretch the lead to 12. FIU was held to seven points in the entire quarter (2-of-12; 16.7 FG%), which marks the fourth time in the last five games the Miners have held an opponent under seven points in the third quarter alone.

The Miners entered the fourth in control of a 57-46 lead and continued to tack on points from there. Pruitt and Roebuck opened the quarter with a pair of field goals for a 15-point advantage. FIU answered back with a pair of three-pointers, but Gallegos responded with one of her own and a free throw to give UTEP a 65-52 lead entering the final media timeout.

The Miners returned to the floor to rattle off an 8-0 run to all but wrap up the road victory.

UTEP out-rebounded the Panthers 32-30 in the win, while 40 of its 73 points came in the paint. The Miners also won the turnover battle, forcing FIU to turn the ball over 20 times on Saturday compared to 10 by UTEP.

Up next,  UTEP returns to El Paso to host Florida Atlantic in a two-game series on Feb. 19-20 at the Don Haskins Center. Friday’s game is set to tipoff at 7 p.m. MT, while the series finale is set for 2 p.m. MT on Saturday. Both games will be streamed on CUSA.TV for subscribers.

Fans can also tune in to the radio broadcast with Tim Hagerty calling all the action on the UTEP Miners app. Friday’s opener can also be heard on ESPN 600 El Paso.