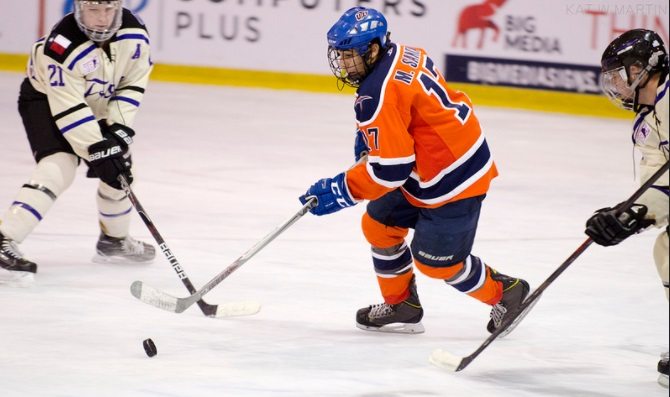 Late in the 1st period, Dominik Taras would put the Miners on the board first assisted by Jon Sanca and Kevin Duncan.

A TCU penalty at the start of the 2nd period put the Miners on the power play and Kevin Duncan would score 31 seconds in assisted by Jon Sanca to put the Miners up by 2 goals.

Early in the 3rd period, the Horned Frogs get one past Lazarski and come within one goal of the Miners. The third period would see plenty of time spent in the penalty box by both teams. Jorge Duenas gets called for a checking-from-behind penalty and is ejected from the game.

With 2 minutes remaining in the game, sophomore Jon Sanca gives the Miners a 2-goal lead, thanks to a perfect feed from brother Matt Sanca and Dominic Taras.

With 49 seconds left in the 3rd, a fight breaks out near the Miner goal and Jason Moore is called for a roughing penalty and Mackenzie Hollis gets called for fighting resulting in a game misconducted and is ejected from the game. Miners take game one with a final score, 3-1.

Back on Saturday afternoon for game 2, TCU scores the only goal of the period and leads the Miners 1-0 at the end of the 1st.

Matt Sanca and Dominik Taras score back to back goals within seconds of each other to give the Miners their first lead of the game. But, the Horned Frogs answer and teams head to the locker room tied at 2.

A nice save by Lazarski late in the 3rd keeps the score tied at 2 and the game heads into overtime.  In the OT, Dominik Taras – set up nicely by Matt Sanca –  scores and the Miners sweep the Horned Frogs with a 3-2 overtime win.

UTEP improves to 8-3 in conference play. The Miners now take 2 weeks off, then close out the fall semester at home on December 2nd and 3rd against the University of North Texas Mean Green. 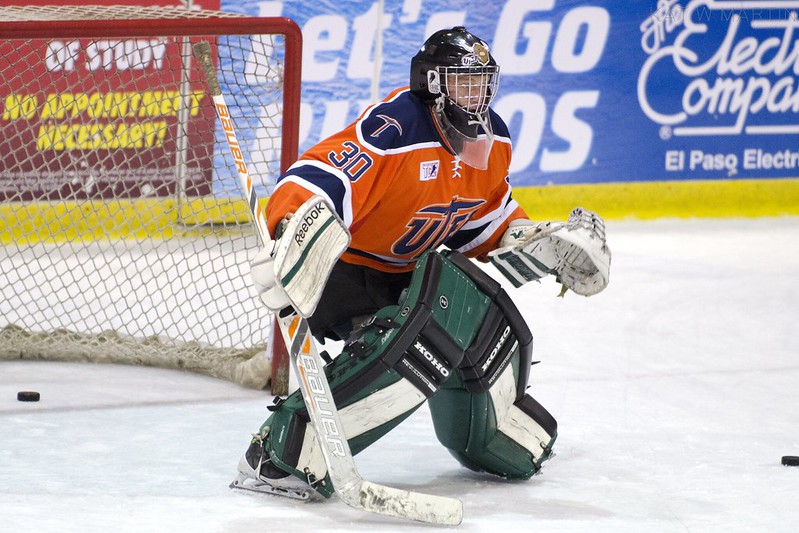 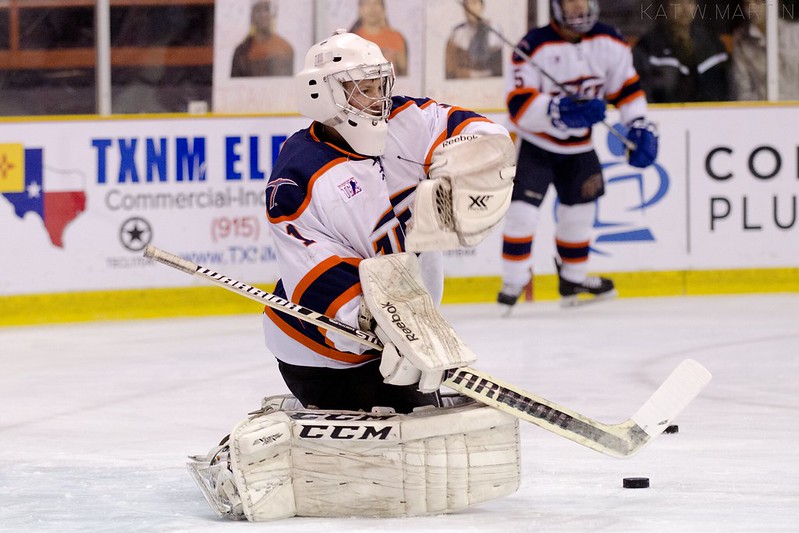