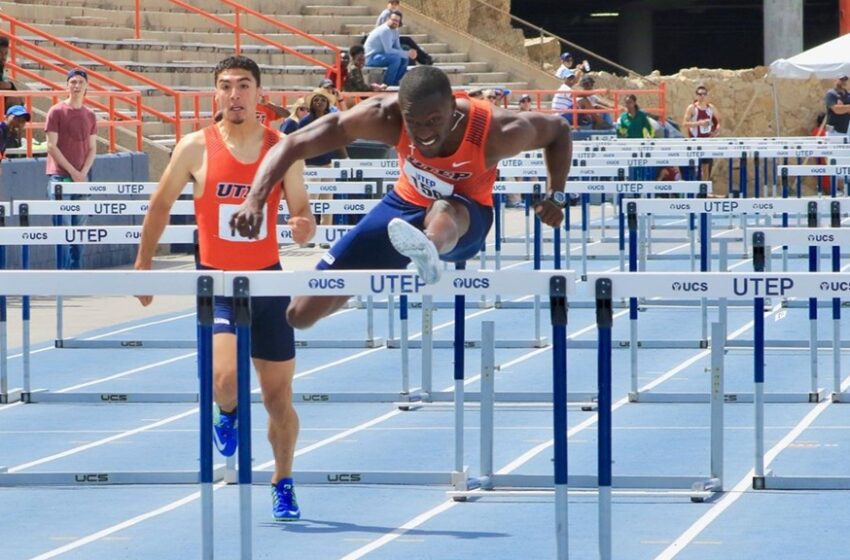 The UTEP track and field team will wrap up the final meet of the 2018 season with a trip to Tucson, for the Desert Heat Classic hosted by the University of Arizona on Saturday.

The meet will begin with field events starting at 3:30 p.m. MT and the running events beginning later in the evening at 6:30 p.m.

Opening the meet for the Miners will be Benjamin Coronado in the men’s hammer throw. The newcomer has seen a steady increase in the event having a personal-best toss of 44.28m (145-3).  Coronado will return to the track for the discus at 6:30 p.m. and the shot put later at 9:30 p.m.

Competing in the long jump at 5:30 p.m. will be Devin Mungro, Frederic Williams and Donivan Ortega. Ortega leads the Miners this season with a personal-best leap of 7.54m (24-9) at the UTEP Springtime. His mark ranks him fifth Conference USA.

Shakeem Smith and David Rivera will compete in the first running event in the 110m hurdles at 6:30 p.m. Smith clocked a personal best 14.23 at the Don Kirby Tailwind and ranks fourth in C-USA.

Scheduled to run in the 800m will be Michael Saruni and Jonah Koech at 8:55 p.m. So far this season, Saruni clocked the eighth fastest time in nation (45.53) in the 400m at the Don Kirby Tailwind Open. This will be the second time he will run the 800m along with Koech after clocking a time of 1:48.39 at the Texas Invitational.

Junior Rebecca Oshinbanjo and Danielle Trought will also compete in the 100m hurdles. Oshinbanjo clocked a season-best 13.69 at the UTEP Springtime, earning her third best in the conference.

Lilian Koech continues to build her strong performance for the 2018 season. Koech has notched four top-five finishes in three different events. The Kenya native will compete in the 800m at 8:45 p.m. Her season-best time of 2:07.53 ranks second in C-USA. Linda Cheruiyot, Destiny White and Andrea Lucero will also compete in the 800m.

In the 400m hurdles, Dreshanae Rolle will race at 7 p.m. Rolle registered a personal-best 1:00.00 at the Texas relays earlier this season. She ranks third best in the league.

This is the final tune-up for the Miners before the C-USA Outdoor Championships that will be held in Houston, Texas, on May 10-13.