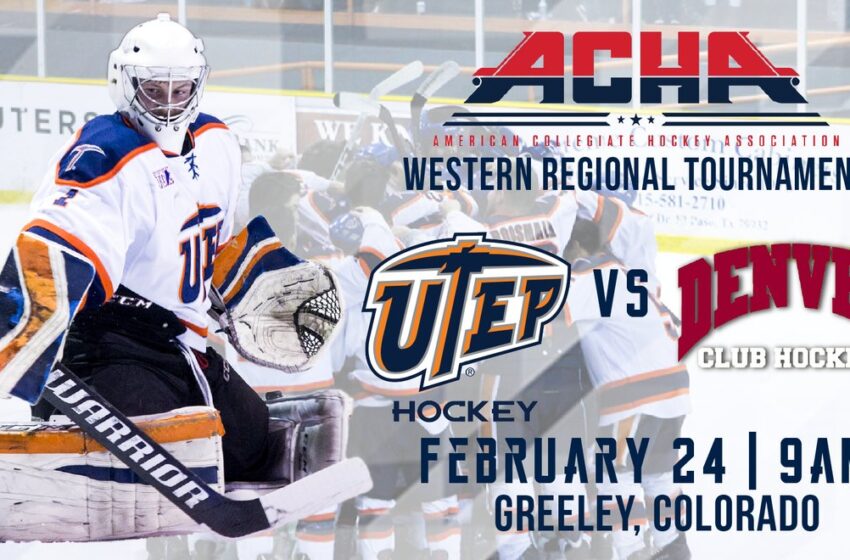 Following their big win to become the first ever TCHC Conference Champions the Miners earned a No. 7 seed in the ACHA Western Regional Tournament.

UTEP is set to face off against the seed No. 6 University of Denver Pioneers, Friday February 24 th at Greeley Ice Haus. Puck drops at 9am and will be streamed live on Black Dog Enterprises.

The Miners reached the tournament after their 6-0 win over the Dallas Baptist Patriots last weekend. With the win, the Miners became the first-ever TCHC Conference Champions.

UTEP enters the ACHA Regional Tournament with a 30-3 overall record.

This will be the first appearance for the Miners in the tournament in the clubs 2-year program history.