The Miners (9-8) got the day started by picking up victories at the bottom of the lineup in doubles.

Freshmen Raven Bennett and Bethan Hayward paired up and dominated court three, 6-3. Matilda Tench and Lois Wagenvoort finished off the doubles point for UTEP by taking a 6-4 win on court two.

UTSA responded by taking its only win of the day on court one, where No. 119 Vivienne Kulicke was defeated by Miriam Rosell, 6-0, 6-1. Kulicke had not lost a singles match since Jan. 28.

Daphne Visscher took care of business on court four by taking down Charleen Tiwari of UTSA, 6-4, 6-1. Senior Duda Santos contributed a match point with her 7-5, 6-4 win over Alena Shichkova, while Wagenvoort sealed the match for the Miners with her 6-4, 7-5 victory on court two against Jacobea Junger of the Roadrunners.

“The team did a great job executing with purpose today,” coach Roberto Aspillaga said. “It was all about trying some things that we were not so comfortable doing in some courts, which ultimately broke down our opponents. We also did a better job keeping our concentration throughout the whole match. That was the difference between a great win today and a disappointing loss yesterday.”

Up next, UTEP will face I-10 rival NM State on Wednesday, Apr. 6 at 11 a.m. at the El Paso Tennis Club. This will be the second matchup between the two schools in 2016. 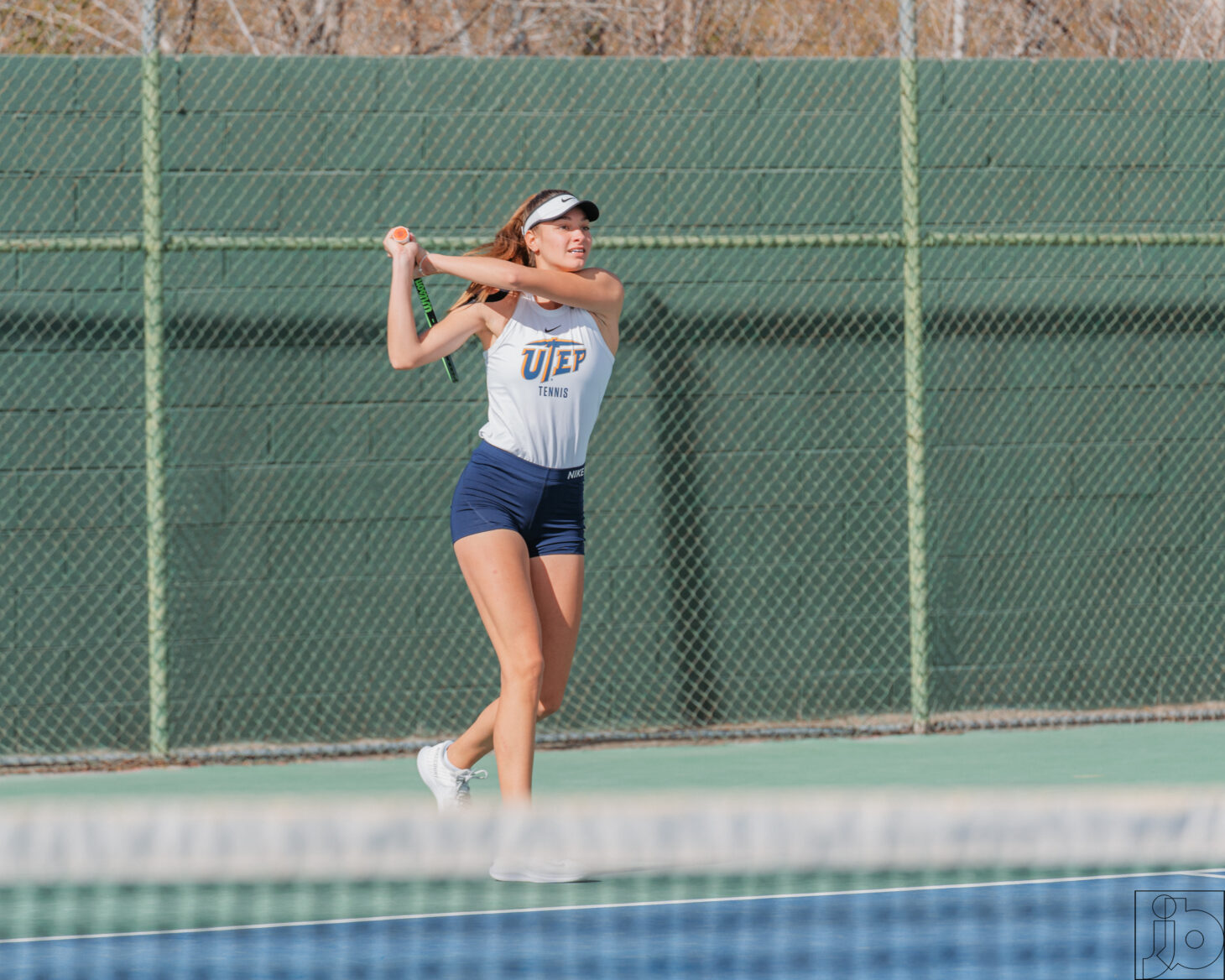