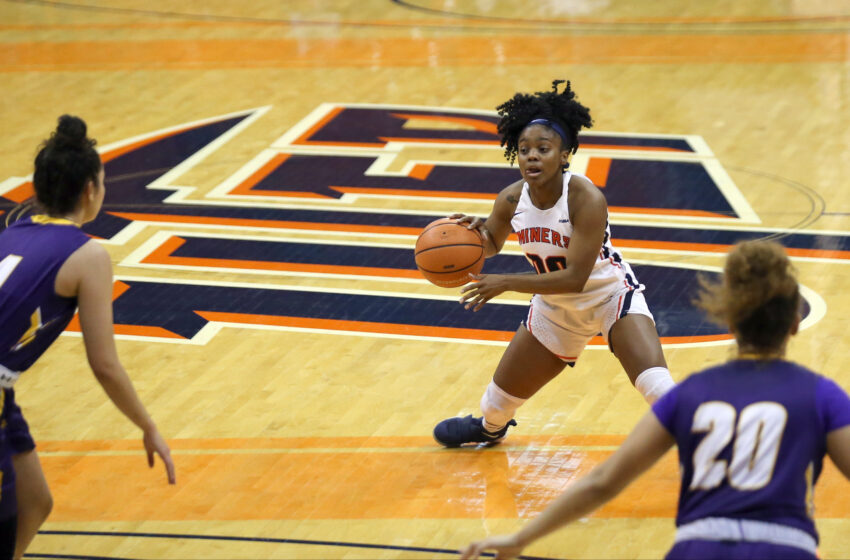 The UTEP women’s basketball team (1-0) will continue its season-opening five-game homestand when it plays host to CSU Bakersfield (2-0) at 7 p.m. Wednesday.

The contest will be broadcast locally on 600 ESPN El Paso with Steve Kaplowitz and Traci Miller on the call. There will also be a live stream on CUSAtv.com (subscription based).

HE SAID IT (COACH BAKER ON csu bakersfield)

“CSU Bakersfield is a very good team. They return a lot of players from last year that contributed in a big way. They’re solid, very, very athletic. They’re 2-0 for a reason. They beat two pretty good teams in UC Santa Barbara and Wright State. It’s going to be a good test for us.”

UTEP is locking up with CSU Bakersfield for the third straight year. The Miners have won both previous meetings. They cruised to a 74-61 conquest of the Roadrunners on Dec. 28, 2016.

UTEP used a huge fourth quarter to rally past CSU Bakersfield, 67-56, in the 2017-18 season opener for both squads at the Don Haskins Center on Nov. 11, 2017. The Roadrunners led by eight (45-37) through three quarters of action, but the Miners opened up the final frame on an 13-1 run to help fuel a dominant 30-11 advantage over the last 10 minutes of action.

Zuzanna Puc poured in 18 points to pace a quartet of players in double figures as the UTEP women’s basketball team cruised to a 77-51 season-opening win vs. Alcorn State on Nov. 10. Ariona Gill (15 points), Jordan Jenkins (career-high 11 points, six assists) and Katarina Zec (11 points, personal-best tying nine rebounds) also got after it for the Miners.

Conchi Satorre pitched in five points and a trio of boards in 10 minutes of action to lead the reserves in scoring. The Lady Braves scored the first two points of the contest on a jumper, but UTEP punched back with a 12-0 surge over the next five minutes. The home side never trailed again.

UTEP’s 26-point romp against Alcorn State served as its largest margin of victory under head coach Kevin Baker. The previous high was a 20-point differential (69-49) vs. Texas A&M-Corpus Christi on Nov. 18, 2017.

jenkins has night to remember

Sophomore Jordan Jenkins had a memorable contest against Alcorn State, establishing career highs for points (11), field goals made (four) and field goals attempted (seven). Jenkins also matched her personal bests for free throws made (two) and attempted (two). She dished out a team-leading six assists, but more importantly had only one turnover.

Jenkins also took three charges. It marked her second career double-digit scoring contest, but first in the regular season. She tallied 10 points in the quarterfinals of the 2018 C-USA Championships against UAB (March 8, 2018).

Ariona Gill, who sat out last year as a redshirt, had a quality debut for the Orange and Blue. She tallied 15 points to go along with five rebounds and four assists in 25 minutes of action. The redshirt-junior was 6-9 from the floor, including 2-2 on 3-pointers, while splitting (1-2) her charity stripe tosses.

quick hitters from the opener

UTEP outscored ASU by at least five points in every frame for the first time against a DI opponent since NCAA women’s basketball switched to a four-quarter format for the 2015-16 season … the 26-point margin of victory was the largest in program history when committing at least 27 turnovers in a contest … all 10 Miners who dressed vs. Alcorn State had at least two points and two rebounds while earning at least 10 minutes of playing time.

UTEP improved to 25-20 all time in season openers, including 21-7 when doing so in El Paso. The Miners are now 2-0 under Kevin Baker in season lidlifters.

Half (6-12) of the Miners’ roster in 2018-19 is comprised of international players. It is the largest such ratio (50 percent) in program history Eliana Cabral (Portugal), Sabine Lipe (Latvia), Neidy Ocuane (Mozambique), Zuzanna Puc (Poland), Conchi Satorre (Spain) and Katarina Zec (Serbia) give UTEP a distinct international flavor this season.

For the third straight season the Miners features a squad with just one senior (Jordan Alexander). She is far from alone in terms of leadership, with five juniors (Ariona Gill, Neidy Ocuane, Zuzanna Puc, Jade Rochelle and Katarina Zec) on the roster. Puc and Zec have earned a pair of letters for the Miners. Gill and Ocuane sat out last season as redshirts, while Rochelle is a transfer from Blinn College.

UTEP (1-0) has 29 games on tap in the 2018-19 regular season, including 15 slated to be played at the Don Haskins Center. The Miners will compete in a pair of tournaments (Seventh-Annual UTEP Thanksgiving Classic and Las Vegas Christmas Shootout) during nonconference action.

UTEP will also face both NM State (Nov. 17-home) and New Mexico (Dec. 5-road), in addition to Pacific-12 member Arizona (Dec. 17-road) and former C-USA foe Tulsa (Dec. 29-road). There are 16 C-USA games on the docket. The 2019 C-USA Championships will be held at The Star in Frisco, Texas, for the second straight year, with the winner clinching the league’s automatic bid to the NCAA Tournament.

Kevin Baker is in his second year (18-14) at the helm of the UTEP women’s basketball team. He is in his 17th year overall (362-145) as a head coach, including his seventh season (140-44) as a college head coach. He has a unique background which has seen him rise through the coaching ranks from the high school level, to NCAA Division III, then NCAA Division II and now his NCAA Division I position at UTEP.

He has set school records for wins at every previous stop of his career, and has taken every  prior school to the postseason with a total of five district championships. He is an eight-time Coach of the Year. In his most-recent posts prior to UTEP, Baker’s teams captured back-to-back conference championships at UT-Tyler and Angelo State.

Baker led both a Division II (Angelo State) and Division III (UT-Tyler) school to the Sweet 16 of the NCAA Tournament.

Kevin Baker set the school record for most wins (17-14) by a first-year Miner head coach in 2017-18, but that doesn’t even begin to tell the whole story. The seven previous first-year head coaches had an average combined record of 8-17. Carol Ammermann (11-5, 1974-75) and Janet Wood (11-16, 1979-80) shared the school mark for wins (11). Baker obliterated that mark while also joining Ammermann as the lone individuals to experience a winning season in year one at UTEP. Furthermore, Baker became the initial first-year Miner head coach to taste victory at the league tournament.

Kevin Baker has the opportunity to continue his record-setting ways in 2018-19. If the Miners can finish above .500 (currently 1-0), Baker would become the first coach in program history to post winning records in each of their opening two seasons. Carol Ammermann went 11-5 in 1974-75, but slipped to 6-11 the ensuing year.

The Miners are 147-80 since the start of the 2011-12 season, with 86 double-digit victories in that time frame. UTEP has played postseason basketball three times during the stretch, making two deep runs in the WNIT (2014 runner-up, 2016 quarterfinals) and earning the C-USA automatic bid to the 2012 NCAA Tournament (lost, first round). The Orange and Blue have enjoyed 15 separate winning streaks of at least three games during that time frame.

GETTING AFTER IT ON THE GLASS

getting it done at the line

UTEP finished 7-5 in games decided by five points or less in 2017-18, which set the school standard for the most such victories in a season in program history.

The Miners have been mentioned in the AP Preseason Poll four times (most recent 2016-17). In 2008 UTEP became the first C-USA women’s team to finish undefeated in league play (16-0) while claiming the program’s initial league title. The Miners finished 15-1 in C-USA in 2012 in addition to also winning the program’s first conference tournament championship. UTEP owns the C-USA single-season record for winning streak at 23, which was set in 2007-08.