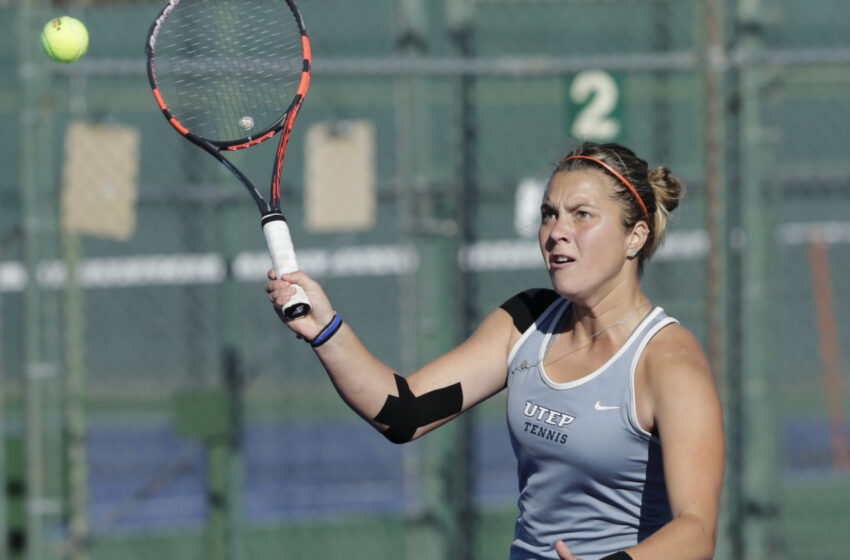 The squad is currently 3-5 overall as it suffered its fifth consecutive loss of the 2016 season last weekend. UTEP dropped a heartbreaking match to the Abilene Christian Wildcats, 4-3, at The Coronado Country Club (2/19).

Sophomore Vivienne Kulicke once again paced the Miners with a win (6-4, 6-3) at No. 1 singles against ACU’s Erin Walker, while adding another victory (6-2) at No. 1 doubles when paired up with junior Duda Santos. Kulicke earned a No. 107 spot on the Intercollegiate Tennis Association rankings announced Feb. 23 becoming the first ranked Miner in at least 10 years.

The Miners hold an 11-8 all-time record against the Lumberjacks. The most recent clash between the two teams was in 2014 when UTEP knocked off Northern Arizona, 6-1 at the El Paso Tennis Club.

UTEP holds a 5-3 all-time advantage to Wyoming in past meetings between the two schools. Wyoming took home a 7-0 victory the last time the Miners and Cowgirls collided (Mar. 6, 2010). The Orange and Blue’s last win over Wyoming was in 2005 when UTEP defeated the Cowgirls, 6-1, on Feb. 18.