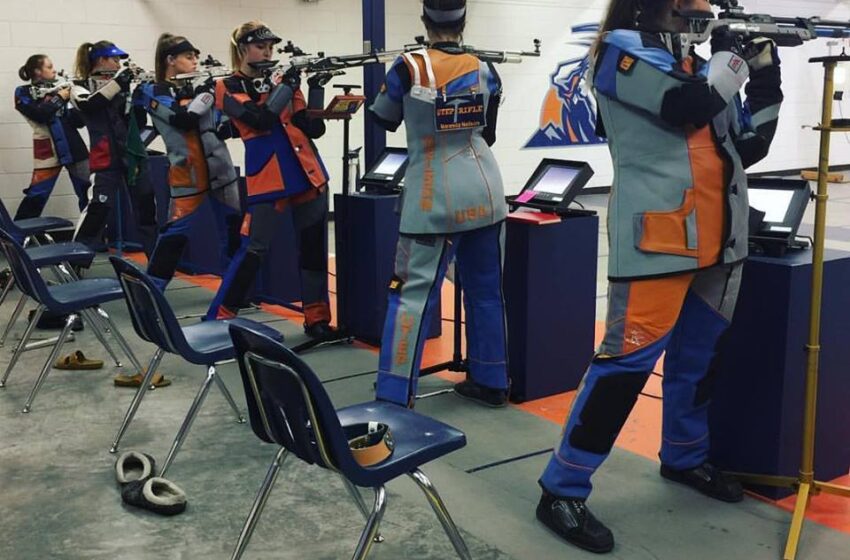 COLUMBUS, Ohio- The UTEP rifle team posted its second-highest aggregate (4589) of the season but it wasn’t enough to get past either Murray State (4708) or Ohio State (4684) in a triangular meet hosted by the Buckeyes on Saturday.

The Miners fired a campaign-best 2326 in air rifle while matching their second-highest score (2263) of the season in smallbore.

Sophomore Bailey Powell led the way for the Orange and Blue by firing an aggregate of 1151. She recorded a 566 in smallbore and a score of 585 in air rifle.

Junior Maranda Nelson followed close behind with an aggregate of 1149, which was helped by a career-high air rifle score of 588. She also tallied a 561 in smallbore.

Freshman Jessica Boyce finished with an aggregate of 1145. She matched her second-highest score of the year in smallbore with 564 while posting a 581 in air rifle.

Sophomore Mara Rouse fired a season-high aggregate of 1144. She posted a 572 in both smallbore and air rifle.

Freshman Samantha Miller recorded an aggregate of 1137, which was aided by a career-best 578 in air rifle. She added a 559 in smallbore.

UTEP will take to the range for the second straight day in Columbus on Sunday.