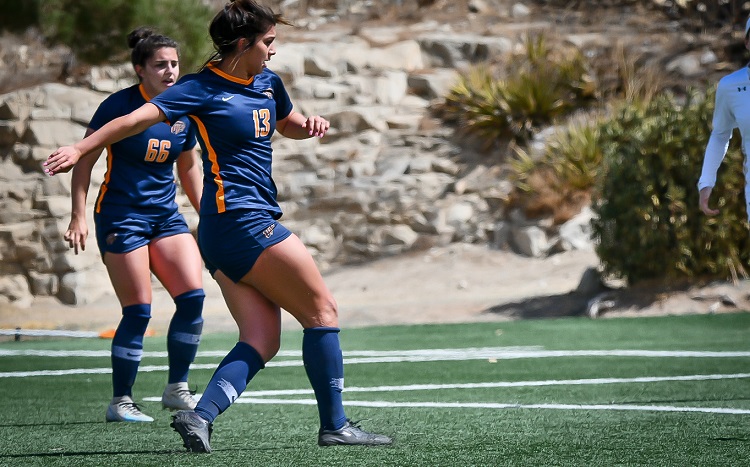 Adriana Lopez recorded her first career goal and it couldn’t have come at the right time, as the sophomore hit the back of the net in the 84th minute that rallied UTEP (3-3-1, 2-1 Conference USA) past UAB (6-3-1, 1-1 C-USA), 2-1, on a cold and blustery Sunday afternoon at University Field.

“The team responded really, really well. We knew it would be a game of two halves,” said interim UTEP Head Coach Stewart Givens. “We were fortunate to have the wind in the second half to keep building on our pressure that we were making. But the team responded really well after giving up a goal that early. We can hang our heads and it could have gotten lopsided really quick for the team. But we got a couple of goals and created a lot of chances that hopefully we can finish more of in the future.”

UAB took a quick 1-0 lead on an own goal 44 seconds into the match. The Blazers controlled the majority of the first half, outshooting the Miners 7-2. The Miners stepped up in the second half, outshooting UAB 11-1, while Tessa Carlin’s penalty kick in the 82nd minute tied the match.

The Miners improved to 3-0-1 at home. Overall, UTEP outshot UAB 13-8 and 7-5 on shots on goal. Lopez, a graduate of El Paso High School, lifted her hometown Miners with the game-winning goal off assists from Vic Bohdan and Jackie Soto. Emily Parrott added five saves for the Miners.

UTEP and Oklahoma State have met twice, splitting both matches. OSU defeated UTEP 3-1 in Stillwater on September 24, 1998, while the Miners were victorious in the last meeting, 2-1, in overtime on September 14, 2000 at University Field.