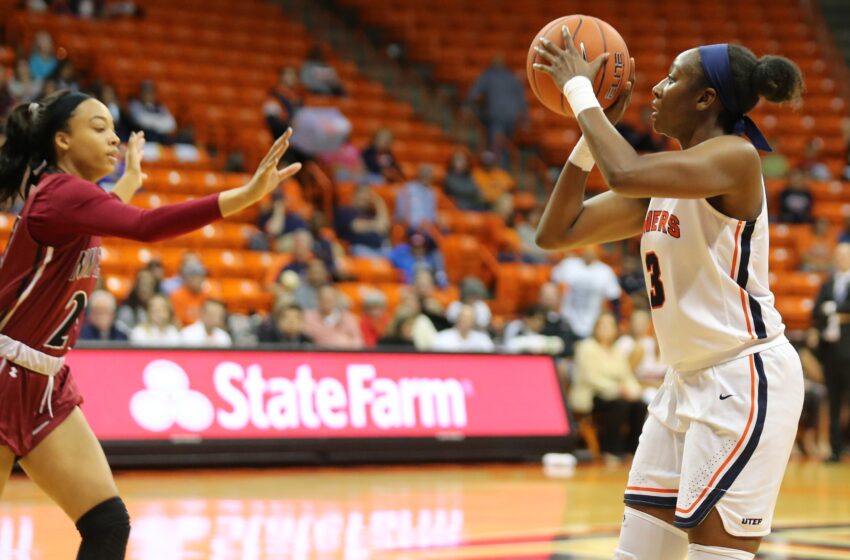 The UTEP women’s basketball team (4-12, 1-2 C-USA) will open up the home portion of its Conference USA slate by welcoming preseason favorite and defending regular-season champion UAB (15-2, 3-1 C-USA) to the Don Haskins Center for a match-up at 7 p.m.

“UAB will be a good challenge for us. They are the defending Conference USA champions and they are playing at a level high enough to repeat last year’s accomplishment. They are very well coached and shoot the ball extremely well from the perimeter.  We will need have  great game to be able to beat them, but I am confident that our team is on the verge of turning the corner.  A win over UAB would get us back on track in a hurry,” head coach Kevin Baker said.

The Miners will be looking to snap a two-game skid, having fallen most recently at Rice, 76-42, on January 12. The Blazers are coming off a 71-60 vanquishing of Southern Miss on January 12.

UTEP will be playing at home for the first time since Dec. 9, as it has had seven straight (five road, two neutral) contests outside of El Paso. The Miners are 2-5 on the year in the Don Haskins Center, with the first four losses by four points or less. The Blazers are 6-0 on the road, including 2-0 within C-USA action.

Thursday’s contest marks the second of three straight games against the teams voted in the top three of the C-USA preseason poll. The stretch started with a 76-42 loss at Rice (picked second) on January 12.

It continues this week at home with the match-ups against UAB (preseason favorite) and Middle Tennessee (picked third, 1 p.m. MT Saturday). Those teams are living up to the hype by sporting a combined record of 41-9 on the campaign, including 11-1 in league play.

UAB has a 10-9 edge in the series with the Miners, but UTEP has a 4-3 advantage when playing in El Paso. The two squads played a pair of games last season, with the Blazers winning both.

This is the first of two scheduled meetings on the campaign, with UTEP making the trip to Birmingham, Ala., on March 2. Additionally, the programs have locked up in the league tournament in five of the past seven campaigns. UAB won the first meeting ever between the programs, 61-41, on December 20, 1990.

The two squads did not square off again until the 2005-06 season when UTEP joined C-USA.

Tickets are $5 for adults and $3 for kids, and may be purchased by calling 915-747-5234. It’s a two-for-one special this week, as fans who buy a single-game ticket for UTEP vs. UAB will receive a free ticket for the Miners’ match-up against Middle Tennessee 1 p.m. MT Saturday.

Additionally, the first 500 fans on Thursday will also receive a free drawstring bag.

The game will be broadcast locally on 600 ESPN El Paso with Steve Kaplowitz and Traci Miller on the call. There will also be a live stream on CUSAtv.com (subscription based).