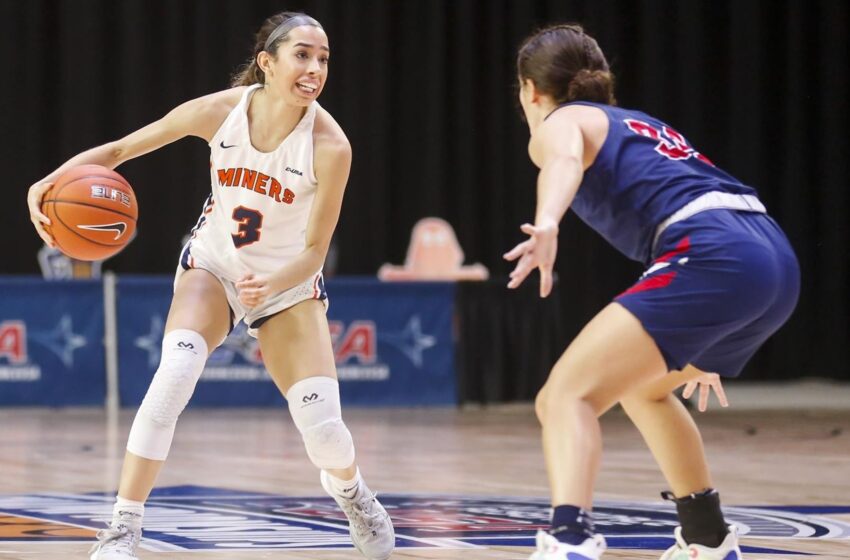 FRISCO, Texas – Katia Gallegos flirted with a triple-double and DejaNae Roebuck led all scorers as No. 2 UTEP (17-7) defeated No. 3-seed Florida Atlantic (11-11) by a score of 74-67 to advance to the semifinals at the 2021 Conference USA Basketball Championships on Thursday at Ford Center at The Star in Frisco, Texas.

“We didn’t play our A-game today and I think FAU had a lot to do with that,” head coach Kevin Baker said. “I thought they played really well early and kept us out of what we like to do. They are so well-coached and so prepared for this game with one-day prep, so you have to tip your hat to them. We couldn’t get our rhythm going until the second quarter and when we did we started playing a lot better basketball and doing what we do offensively a little better. I think it helped our defense to play in better rhythm on offense. We played a better game the longer that we played.”

The Miners advance to face Middle Tennessee, the No. 1 seed in the East Division, at 7:30 p.m. MT on Friday, March 12 in Frisco.

The game can be seen on Stadium, while fans can also tune in to the radio broadcast with Jon Teicher calling all the action on ESPN 600 El Paso and the UTEP Miners app.

Middle Tennessee (15-7) defeated LA Tech, 77-71, on Thursday afternoon to advance to the semifinals.

Roebuck scored a game-high 17 points (7-10 FG), followed by Gallegos with 15 points (4-9 FG, 7-10 FT), 11 assists and seven rebounds. Gallegos’ 11 assists are the most by a UTEP player in a conference tournament in program history. Senior Tia Bradshaw also came off the bench to score a career-high 10 points (3-3 FG) to go along with four rebounds.

UTEP carried a 34-29 lead over FAU into halftime before coming back out to shoot nearly 70 percent (9-of-13 FG) from the floor in the third quarter.

With a nine-point lead over the Owls after the third, UTEP cooled off offensively, but held off Florida Atlantic for the final 10 minutes of action to advance to the semifinals.

Florida Atlantic was 26-of-54 (48.1 pct.) from the floor and 5-of-20 (25 pct.) from beyond the arc. The Owls shot 10-of-15 (66.7 pct.) from the free-throw line. FAU was led by Janeta Rozentale, who scored 15 points and grabbed three rebounds, while Iggy Allen had 12 points, four rebounds and three assists before fouling out early in the fourth quarter.