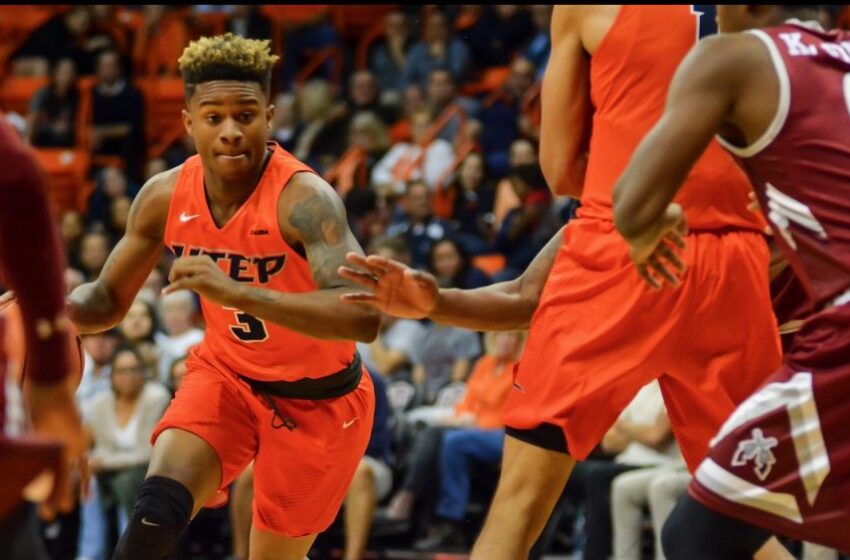 Coming off a week-long break between games, the UTEP men’s basketball team will shoot for a second consecutive victory on Saturday when much-improved Washington State invades the Haskins Center.

Tip-off is slated for 7 p.m. on “Star Wars Night,” with special in-game elements and character appearances from a galaxy far, far away. Plus fans will have a chance to win tickets to the next installment in the saga, “The Last Jedi,” which opens on Dec. 15.

The Miners (2-6) got a jolt of confidence from an 88-76 victory over long-time rival New Mexico in the Don last Saturday.

“It was a drastic change from the New Mexico State game [on Nov. 30], where we looked awful,” Interim Head Coach Phil Johnson said. “But you know, we tried to throw in some things in 48 hours that really didn’t fit our team to go play that game. We made some adjustments and the guys played great. They played with a lot of confidence. Obviously Omega [Harris] had his best game of the season and probably his career. But the real key for me was Kobe Magee’s points and his decision-making against all that pressure. But I think they feel pretty good about themselves right now.”

Harris scored a career-high 28 points against the Lobos, making 9-of-11 shots, all four of his three-point attempts and all six of his free throw tries. Magee had his breakout game as a Miner with 16 points.

“Kobe came off the bench and played really flawless, had a great floor game and made the right decisions,” Johnson said. “That was a game where you had to make the right decision once you beat the press. I thought he did. He’ll probably get the start [on Saturday].”

The Miners are still short-handed in the frontcourt with Matt Willms out, but he is nearing a return from a broken hand.

“My guess is probably not on Saturday, but he’ll be ready for the following game,” Johnson said.

A year removed from finishing 13-18 overall, and 6-12 in the Pac-12 Conference (tied for ninth place), Washington State has opened the season by winning six of its first eight games. The Cougars have dropped consecutive contests, however, to UC Davis at home on Dec. 2 (81-67) and Idaho on the road on Dec. 6 (91-64). The Cougars’ top two scorers – junior forward Robert Franks (19.9 ppg) and sophomore guard Malachi Flynn (16.8 ppg) – have both made tremendous strides from a year ago. Franks averaged 6.3 points in 2016-17, and Flynn collected 9.7 ppg. Sophomore guard Carter Skaggs (Chipola College) has been an impact transfer, averaging 8.0 points while shooting 50 percent (17-for-34) from three-point range and 100 percent (9-for-9) from the line. As a team, Washington State shoots 39.3 percent from beyond the arc and 71.9 percent from the charity stripe.

“We have been watching [them] quite a bit,” Johnson said. “The thing that’s really interesting about them, you know they were 6-0 and they had beaten San Diego State, and they had beaten Saint Mary’s who is rated in the top-20. Those are really impressive wins. They are scoring a lot of points. But what’s amazing, they had been down three times 20+ points and came back and won. So they’re never out of a game, and you’re never out of a game if you’re down to them because they shoot so quickly and long bombs. So we’ve got to get out to the three-point line and guard them. That will be the message.”