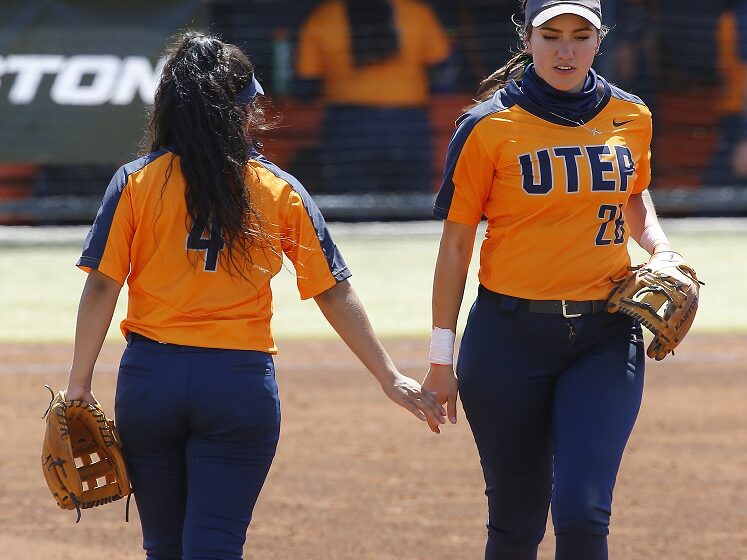 UTEP split its two double-headers versus Southern Miss in its first weekend of Conference USA competition behind two grand slams – one in each victory – off the bat of junior utility Kasey Flores. They were Flores’s first round trippers with the bases loaded since her freshman season in 2019.

In the Miners’ 7-4 victory in game one on April 2, fifth-year infielder Bryanna Molina, senior utility Ilena Santos and sophomore catcher Karina Somoza each pieced together RBI base hits before Flores put UTEP in the lead with her grand slam.

Freshman pitcher Mackenzee Collins earned her third win of the year in the contest while sophomore utility Zaylie Calderon picked up the save.

UTEP ended the weekend with a win in the night cap of April 3’s double-header. Flores was a perfect 3-for-3 – each hit knocking in a run – with six RBIs and a grand slam. Molina also added two more base hits to her weekend to bump her RBI total versus Southern Miss up to three.

UAB has one power-5 victory on Feb. 13 over Ole Miss, 13-5. Also in the preseason, the Blazers lost two games to then-No. 19 Georgia by one run in each contest.

UAB has one pitcher in the top-15 of C-USA in ERA with Jaycee Cook (2.69) and another pitcher which is fourth in C-USA in strikeouts with Parker Conrad (60). Conrad is also sixth in the conference in opposing batting average (.226).

The Blazers have two players hitting above .300: catcher Sierra Frazier (.375) and outfielder Faith Hegh (.325). Frazier also has the most home runs on the team with four.

The Miners are 3-17 in their last 20 meetings with the Blazers. UTEP’s last victory over UAB came on March 30, 2019, with the final score being 7-3. Flores and Cathey each had a hit and an RBI in the contest.

MINERS RANKINGS IN C-USA AND NATIONALLY

SCHEDULE  – All games will be available for viewing on C-USA.TV.