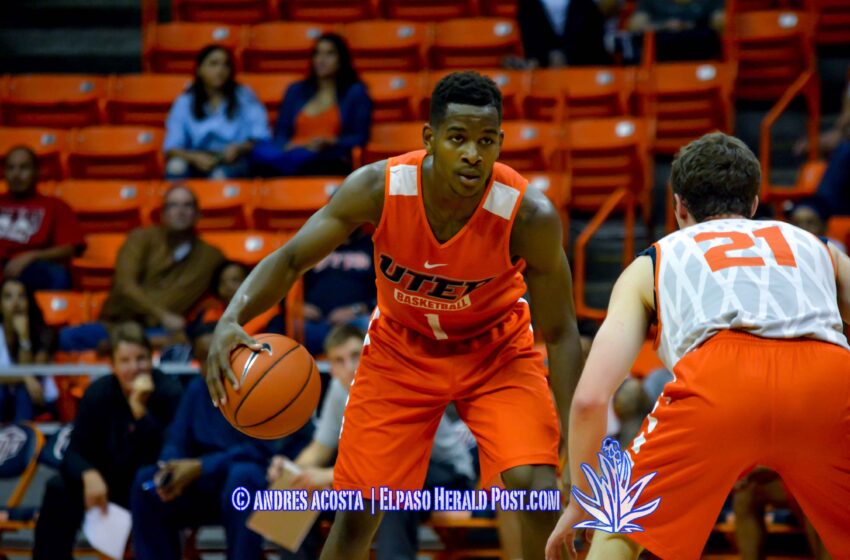 Moore, the transfer from Wallace State Community College, had quite the debut, connecting on 13-of-22 field goal attempts and 5-of-12 three-point tries while adding six assists.  Oregon transfer Dominic Artis was as advertised also, scoring 20 points (9-for-15 field goals) with 13 assists and six rebounds.  Both played for the Orange squad.

Senior center Hooper Vint showed signs of being a much-improved player, scoring 30 points with 15 rebounds for the Orange.

Fellow returnees Omega Harris and Earvin Morris led the White with 23 and 16 points, respectively.  Redshirt freshman Terry Winn had a double-double with 13 points and 12 boards.

“I like our guard play,” UTEP coach Tim Floyd said.  “The team that was the most unselfish won.  It looks like Hooper Vint has benefited and gotten better from playing with guards that can get him angles to the basket by dropping it off to him and letting him lay it up … guards that understand playing at a different tempo.

“[Artis and Moore] are very good players.  That backcourt is good.  We’ve got another guard that wasn’t here, Josh McSwiggan, with a knee injury.  He is very, very talented.  And Matt Willms, a guy who is a potential starter, wasn’t here.  So maybe we’re not dead yet.  Maybe the

buzzards don’t need to circle yet.  Maybe we will be OK.”

The Orange outshot the White, 50.6 percent to 36.5 percent, and had a decisive rebounding advantage (54-37).  Orange outscored the White 62-36 in the paint and had 28 assists to only seven turnovers.  Artis and Moore combined for 19 assists and only two giveaways.

The Orange led by 10 points (42-32) with 2:57 remaining in the first half before closing the period with a 15-0 run.  Moore scored nine points during that stretch, including a three-pointer at the buzzer.

Floyd acknowledged that the defense wasn’t up to par, and that the Miners still have much to work on.

“I was concerned [about] a lot of things but should be,” he said.  “We wanted them to play.  We wanted to learn just by watching them play. We saw some things that resembled what we are trying to do.  Most of it did not.  We’ll go back and practice tomorrow and try to improve upon it.  I think it’s important [that] every time they go out, it’s a competition.  They’re competing for playing time and minutes.”

Prior to the scrimmage, redshirt freshman Trey Touchet was lights out in winning the three-point shootout.  He made all 15 of his attempts in the first round and 13-of-15 in the finals to edge Jake Flaggert, 13-12.  Harris repeated as the slam dunk champion, topping Tevin Caldwell in the finals. 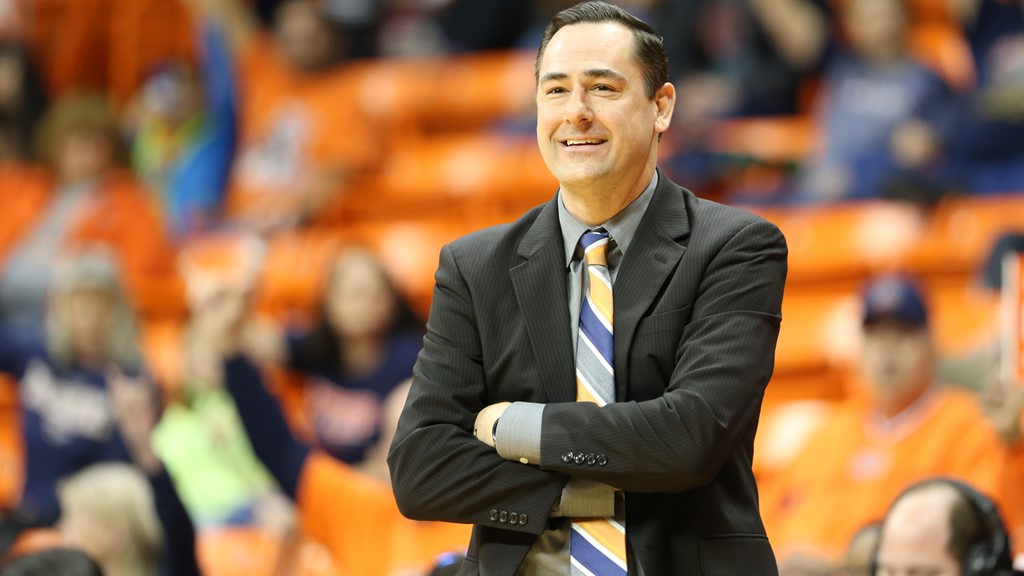