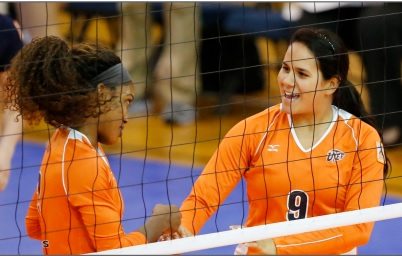 UTEP’s offense was led by Talia Jones as she captured 19 kills and a .300 hitting percentage. The senior also contributed seven digs. Lindsey Larson added to the offense as she secured 33 assists while adding seven digs, five kills and four blocks.

The match began with an intense first set as the teams fought point for point tying the score four times. With the score knotted at 24, a LA Tech error followed by a kill by Jones gave the first set to the Miners.

The Orange and Blue continued its success in the second frame as UTEP claimed the set 25-14.

Both teams fought hard in the third set, but the Miners remained focused as they did not allow LA Tech to take a lead in the entire stanza. With a powerful kill by Tatum Winter, UTEP would ultimately take the final set 25-23 and the match 3-0.

UTEP will now travel to Houston, Texas to face Rice for the second time this season on Thursday at 5 p.m. (MT). The Miners will conclude conference action on Saturday against Western Kentucky in Bowling Green, Ky. at 11 a.m. (MT).