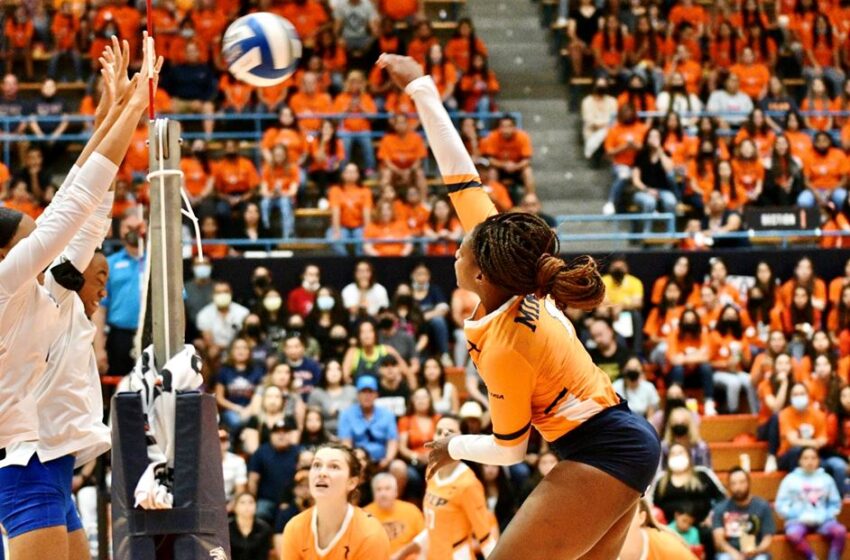 The Miners hit .336 and recorded 11 blocks and four service aces over the Golden Eagles.

UTEP set the tone in the first set by rolling out a 6-0 scoring run. Tied at 16-16, Patterson scored two service aces to pull the squad ahead. The Miners ran with the edge over the Golden Eagles and came out on top, 25-20.

As the teams scored back-and-forth to start the second set, two attack errors from the Golden Eagles sent the Miners into a 6-1 scoring run. The UTEP offense hit .394. The effort helped the Miners win the set, 25-22 and take a 2-0 advantage in the match.

Both teams turned up the heat for the third set as they recorded 12 tied scores and two lead changes. The Golden Eagles rallied to win the set, 25-23, which landed them on the board.

The Orange and Blue shredded the fourth set giving no opportunity for a lead change. The Miners gained momentum on multiple scoring runs to come out victorious over the Golden Eagles, winning the match, 25-16.

UTEP will be back in action against Southern Miss Saturday (Oct. 16) at 10 a.m. MT. The match-up will be streamed on CUSA.tv, with live stats available.