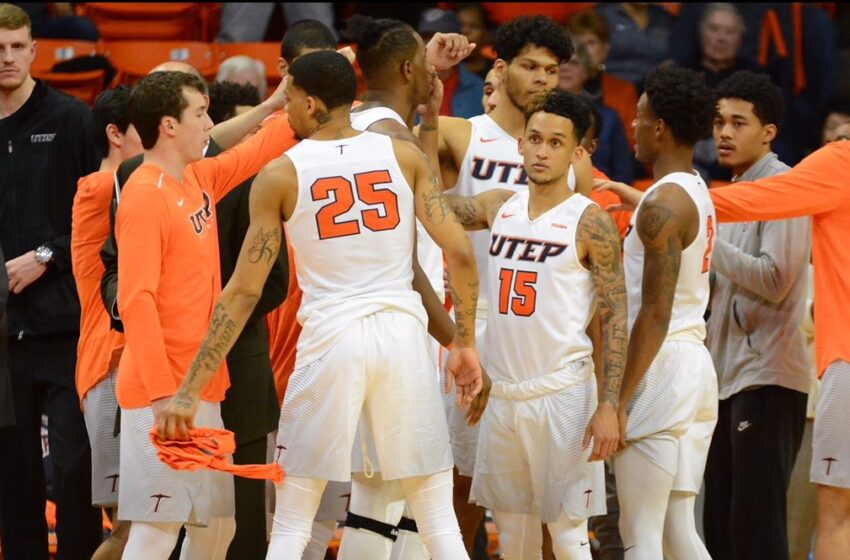 Keith Frazier recorded his fourth 20-point game of the young season with 23 points and eight rebounds, as UTEP advanced to the championship game of the WestStar Bank Don Haskins Sun Bowl Invitational with a 69-56 win over Howard on Thursday night.

“If we don’t guard them, they’ll get 200 [points],” UTEP Interim Head Coach Phil Johnson said.  “They looked like the Celtics tonight.  The old Celtics, not the new Celtics.  The old Larry Bird Celtics.  I mean they pass, they move, they share, they shoot it, they drive, they are really a well functioning machine.  We’ll need a tremendous effort to pull that one out.”

Tirus Smith gave UTEP a lift off the bench for the second straight game Thursday with a career-high 17 points and eight rebounds.  He scored 15 points versus Incarnate Word on Tuesday.

“He is really improving,” Johnson said.  “He gets tired and he keeps plugging and keeps coming and keeps fighting through the fatigue.  And he’s the best listener on our team.  You can give him any little detail and he tries to do it to the best of his ability.  Seventeen [points] and eight [rebounds] in 23 minutes for a freshman … that’s pretty good.”

UTEP opened the second half with a 9-2 run to go ahead by 14 points (46-32) and maintained a double-digit cushion the rest of the night.  The Miners led by as many as 20 points in the final minutes.

“Those guys, they guard pretty good,” Johnson said.  “I give their coach a lot of credit.  He has played a lot of tough teams and they don’t ever quit fighting.  And they kept fighting really hard, and I thought we played smarter than we have, especially with the lead late.  But overall, I was pretty happy with our team.”

UTEP limited Howard to 31.1 percent shooting and contained star freshman R.J. Cole, who came in averaging 20.4 points with seven 20-point games.  Cole scored 17, but missed 14 of his 19 shots and six of nine from three-point range.

“We really wanted to do the job on Cole, and for the most part we did,” Johnson said.  “We were blitzing him every time on every screen and roll, and that was Paul [Thomas] and Tirus.  And we didn’t want to go foul him because he’s great at creating contact and getting to the free throw line.  That’s how he’s scoring a lot of points.  And 17 [points] is kind of something that you can live with, he’s such a good offensive player and he took 19 shots to get those 17 points.”

For the second time in three games, the Miners only had six turnovers while dishing out 12 assists led by Harris with four.

“[Twelve assists] is not an unbelievable amount.  I’d rather have 20, but [on Tuesday] we had five,” Johnson said.  “So I’m real pleased with that.  And six turnovers, we had 18 the other night.  So what an improvement.”