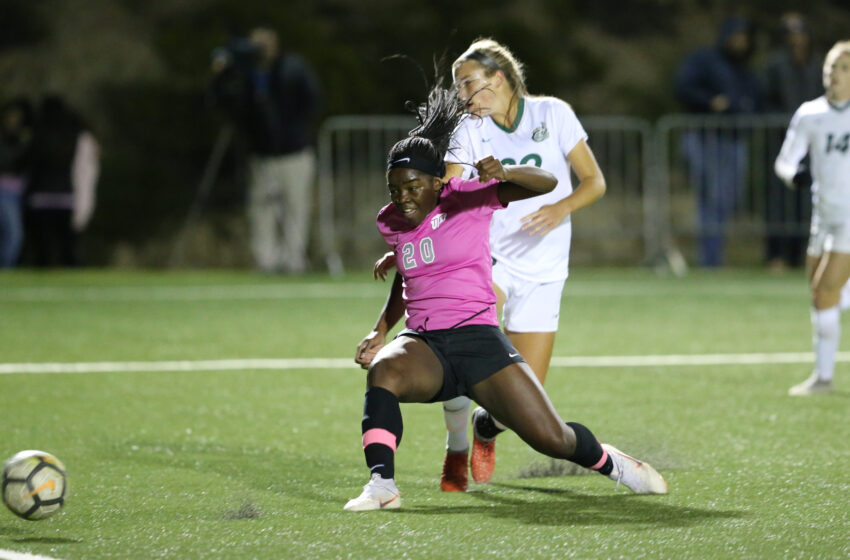 Freshman Jojo Ngongo scored the game-winning goal (16’), getting UTEP back into the winner’s column with a 1-0 victory over Charlotte at University Field on Thursday night.

“Our defense really held strong tonight,” UTEP head coach Kevin Cross said. “We faced a really tough Charlotte team and it took an entire team effort to pull out this big win. We’ve played well coming down the stretch, and we need to keep this momentum going. The atmosphere was really great with the UTEP band and the fans showing their support through the cold weather.”

Sophomore Caley Leask made her third start of the season in front of goal. The Canada native made six saves and recorded her first shutout on the year. She faced 20 shots from the 49ers, with the Miners giving up only four corners on the night. UTEP took only five shots, forcing Charlotte’s Abby Stapleton to make two saves.

The Orange and Blue got out to a fast start with Vic Bohdan taking a shot at goal early in the second minute of the game, earning a corner kick. Charlotte’s Sandra Geiselhart fired back with a shot of her own in the 11th minute, only to see Leask make a comfortable save.

Ngongo found the back of the net with a through ball played from Cayla Payne. The freshman netted her third goal of the season.

The best chance for the 49ers to tie things up came in the 26th minute. Sophie Sipprell fired the ball from 25-yards out, getting past Leask and rattling the crossbar.

Charlotte played an aggressive second half, attempting the bulk of its shots (14) and applying pressure to UTEP’s backline defense. The 49ers attempted five consecutive shots, with the Miners only giving up a corner kick in the 60th minute.

UTEP had to defend against a barrage of shot attempts in the closing 15 minutes. Charlotte’s Sipprell ripped another shot at goal in the 86th minute, watching Leask make another diving save.

The Orange and Blue will close out the home schedule with an important game against Old Dominion on Sunday at 6 p.m. MT. The match will feature “Senior Night” and will honor the five seniors (Alyssa Palacios, Jodie Enokson, Sheridan Smith, Carleigh Simmons and Payton Ross).