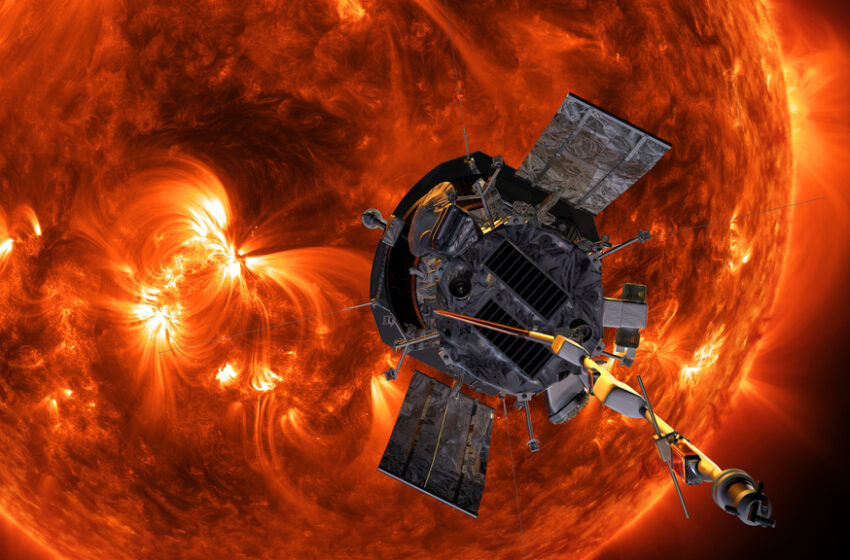 While it is undoubtedly the most prominent celestial body, the star at the center of our solar system also remains one of the most mysterious objects in the firmament. But a major effort to change that will soon get underway, when an unprecedented expedition to the sun blasts off, thanks in part to the work of a researcher from The University of Texas at El Paso.

Funded by the Johns Hopkins University Applied Physics Laboratory since 2010, UTEP’s Cesar Carrasco, Ph.D., chair and professor for the Department of Civil Engineering, has been working on the micrometeoroid impact risk assessment of NASA’s Parker Solar Probe spacecraft, designed and built by APL and scheduled to launch on August 11.

The goal of Carrasco’s work is to quantify the risks to the probe from dust particles at extreme speeds.

“The Parker Solar Probe has been one of the most exciting projects I have had the opportunity to participate in,” Carrasco said. “After all, this is the first mission to the sun’s atmosphere, and it will provide very valuable insight into the inner workings of the sun and space weather.”

Mission organizers say the data gathered by the probe could lead to a major leap forward in our ability to understand, and possibly even forecast space weather events that impact life on Earth. This is becoming more important, researchers say, as mankind increasingly relies on technologies like satellites, which can be affected by changes in the sun.

Additionally, investigators say space weather events can cause disruptions to Earth’s magnetic field. This, in turn, can lead to power surges capable of causing widespread damage, and leaving vast areas in the dark.

In order for the Parker Solar Probe to accomplish its mission, however, it will have to withstand punishing conditions as it attempts to get closer to the surface of the sun than any other spacecraft in history. The probe will look to reach an area within the sun’s atmosphere, about 4 million miles from the star’s surface, known as the corona.

To endure this environment, the spacecraft was designed to be able to handle the risk of critical damage, and that’s where Carrasco’s research comes in. He created models of the probe orbiting the sun in order to quantify the risk of impact from microscopic dust particles and provide critical design parameters. Because of the massive speed at which those micrometeoroids travel, if not accounted for, they could cause severe damage to the probe’s thermal protection system, solar panels, radiators and other components and instruments.

The Parker Solar Probe is scheduled to launch from Cape Canaveral Air Force Station in Florida. Scientists hope to continue receiving data from the probe well into 2025.

Carrasco’s efforts reflect the caliber of UTEP research and its impact on space exploration. Since 2001, the University’s NASA MIRO Center for Space Exploration and Technology Research (cSETR) has developed rocket engines and created a research ecosystem, building extraordinary capabilities that allow students to get solid training so they can work at federal agencies such as NASA or in private endeavors such as space tourism outfit Blue Origin.

In 2013, the Center for the Advancement of Space Safety and Mission Assurance Research (CASSMAR) welcomed former astronaut John “Danny” Olivas, Ph.D., an El Paso native and UTEP graduate, to conduct interdisciplinary research to identify, characterize and mitigate the leadings risks to spaceflight safety and mission assurance.

To facilitate that, UTEP was one of just a handful of universities granted remnants from Space Shuttle Columbia by NASA’s Columbia Research and Preservation Office at the Kennedy Space Center.