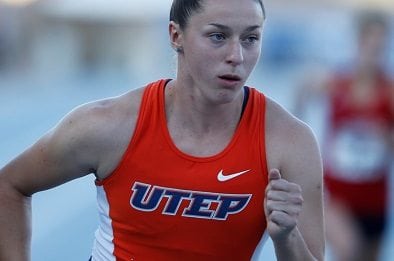 Austin – Senior Lucia Mokrasova sits in sixth place with 3,228 points after four events of the heptathlon at the 91st Clyde Littlefield Texas Relays on Wednesday.

Mokrasova will conclude the heptathlon Thursday with the long jump, javelin throw and 800m run starting at 10 a.m. MT.

A tape delay of all the action will air tonight on the Longhorn Network at 5 p.m. and the final portion of the heptathlon will air Thursday on the LHN at 3:30 p.m. Following will be live action of the track events at 5 p.m.

Athletes competing Thursday are to be aired on LHN starting at 5 p.m.