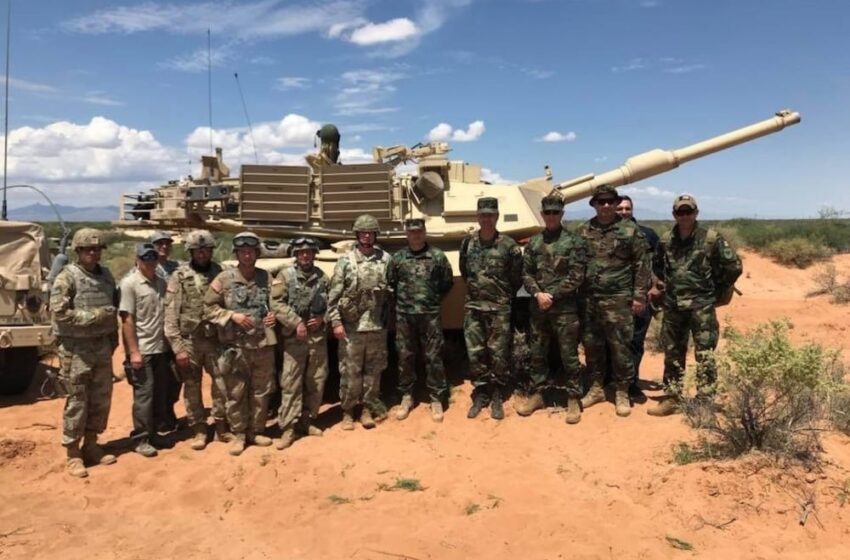 The XCTC exercise, developed and coordinated by First Army and National Guard Bureau (NGB) is one of the 30th’s largest in recent history, with almost 4,000 Soldiers from North Carolina, South Carolina, West Virginia, Minnesota, and Moldova.

For the Moldovan Soldiers it is an extremely significant exercise, considering that out the thousands of Soldiers in the Moldovan Army, 95 were selected to travel to America and participate in the XCTC exercise.

“The Moldovan Armed Forces and the North Carolina National Guard have been State Partners for 22 years,” said Maj. Gen. Greg Lusk, the Adjutant General of the N.C. National Guard. “Through two decades of engagements our forces know each other and trust each other. The long term relationship and trust is what the State Partnership Program fosters and after all these years we continue to learn from our interactions to become more effective and stronger militaries.”

The Moldovan Soldiers selected to attend the XCTC trained for six months prior to their deployment to Texas. The Soldiers were trained in their respective military areas of expertise so they could be embedded within all 30th sections critical to the exercise such as; logistics, operations, maintenance, medics, engineers, scouts, and mechanized fighting vehicles.

“Our hope is that all Moldovan Soldiers involved in this exercise bring the best practices learned here back home to further help us develop our training process,” said Lt. Col. Vitalie Micov, an operations officer in the Moldovan Army. “When they return home the Soldiers will participate in the Moldovan annual exercise with all Defense Forces, and the learned procedures and experience here are going to be implemented in our national level exercise.”

Halfway through the XCTC, National Guard Soldiers and Moldovan Soldiers had positive take aways from the exercise.

Within the medical field, Moldovan and U.S. Soldiers realized that even with different medical tools varying slightly medicine is one and the same.

“We are learning how medicine can be practiced if we hand more of the tools used here from a supply perspective,” said Staff Sgt. Viktor Spinei, a medic embedded with the 230th Brigade Support Battalion (BSB). “Medicine is the same, applying it with different supplies and tools is what’s different.”

During the beginning of the exercise a mass casualty event occurred and emphasized how working together U.S. and Moldovan medics saved lives.

“It’s good to have Soldiers from different countries and knowledge bases be part of this intense training,” said Staff Sgt. Gary Chavis, Evacuation Platoon Sergeant of Charlie Co., 230th BSB. “We get to see the capabilities that they have and how well they provide care doing that same job but with half of the equipment.”

In other aspects, like Field Artillery, the expertise of the Moldovan Soldiers in manual targeting instead of using targeting computers of the M109 Paladin reminds U.S. Soldiers that while digital equipment is great, knowing how work in manual mode is imperative if the digital systems were to go down.

“Here we are all digital but at the end of the day if the digital system goes down we still can operate degraded,” said Staff Sgt. Jesse Grose, Platoon Sergeant for Bravo Battery, 1-113th Field Artillery Regiment. “Having the opportunity to see the Moldovans do their job as fast and efficiently as we do when they don’t have the same equipment is great for me and the platoon.”

Moldovan and National Guard Soldiers have worked together a long time but never have they been together in such an austere and challenging environment like at Fort Bliss.

“We have trained for the last two years with North Carolina in Camp Butner,” said Sgt. Major Cojocaru Andrei, Sergeant Major of the Moldovan Army. “This particular training is very helpful for our Soldiers because of the environment, the climate, and terrain that is completely different from our country. Our Soldiers must learn to adapt and overcome this challenge so our mission succeeds.”

Although the Moldovan Soldiers are embedded within many units of the 30th Armored Brigade Combat Team, they are all part of one team with one goal in mind, to accomplish mission.

“We feel we were welcomed and integrated into the 30th team right away and are members of a “Old Hickory” at this point,” said 1st Lt. Roman Girtco, a Moldovan Soldier embedded within the 230th BSB. “When it comes to a mass casualty we know exactly what our role is. We have been embraced and incorporated into the battalion team.”

Brig. Gen. Igor Cutie, Commander of the National Moldovan Army, and the Moldovan General Staff had the opportunity to visit Ft. Bliss and observe XCTC training and the integration of the Moldovan Soldiers.

Lt. Col. Vitalie Micov, an operations officer in the Moldovan Army speaking on behalf of Cutie stated, “I would like to express our gratitude for your hospitality because we have spoken with all our Soldiers in the field and General Cutie is very impressed about their morale and excitement to be involved in such a large exercise.”