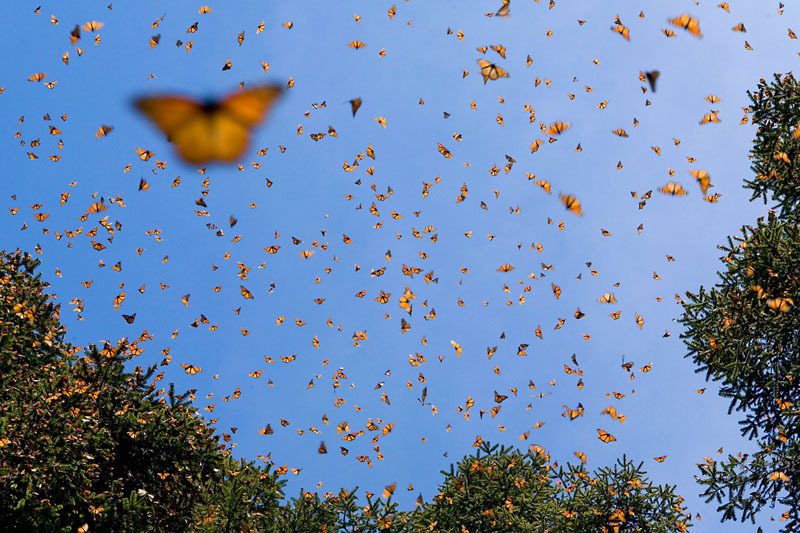 They’re back! The annual Monarch butterfly migration has arrived. “There were literally thousands, coming in big and small bands like snow flurries…” is how one Concho Valley resident described the return.

Monarchs are moving down from northern latitudes. Their destination is overwintering sites in Mexico. Texas is the only state that all Monarchs must cross. And we’re seeing peak migration now. The Monarch is the only butterfly known to make a two-way migration as birds do. Some fly as far as 3,000 miles to reach their winter home.

Experts say the North American Monarch population has dropped from 1 billion to 60 million over the last 20 years. Wildlife officials say this is largely due to habitat loss.

So what’s the solution?

If you want something grown, habitat improved and private land managed for a specific public benefit, find a Texas farmer and rancher and give them an incentive. That’s what federal conservation leaders are doing to put more butterflies in the air.

The National Fish and Wildlife Foundation has awarded $3.3 million in Monarch Butterfly Conservation Fund grants nationwide. The grants aim to restore up to 33,000 acres of key Monarch habitat by propagating over a half-billion milkweed and other nectaring seedings. That’s right. Texas farmers and ranchers will grow milkweed on their land as part of the special habitat effort.

Also, the 22 grantees will bring an additional $6.7 million in private investment to the table to maximize the impact of their projects. Last winter, about 30 million Monarchs overwintered in Mexico. This year, officials suspect there will be more than 60 million. This proves, they say, that Monarchs are responding to habitat enhancement and restoration.

The goal to raise monarch numbers to 225 million by 2020 is entirely achievable with private/public partnerships like this one. The stewardship efforts of Texas farmers and ranchers are key to wildlife species restoration and survival. The Monarch butterfly is one beautiful example of how it works.