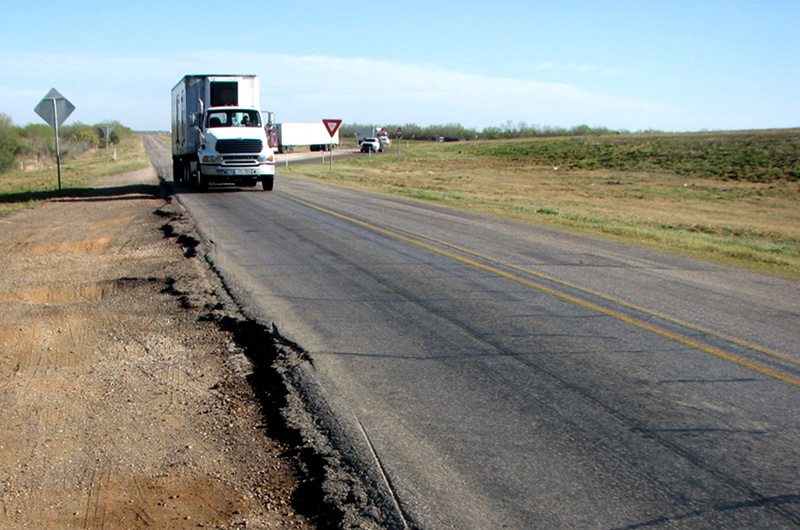 More than a year after Texas voters approved routing billions in state sales taxes to roads and bridges, some lawmakers are questioning whether the first payment of $5 billion should move forward as planned.

Texans voted in 2015 to boost funding for state’s public roadways and bridges, which have strained under the state’s growing population. Proposition 7 — loudly cheered by top Texas leaders and supported by 83 percent of voters — changed the state constitution to route some taxes collected on car sales to the State Highway Fund.

But in an unusually tightfisted legislative session, some Texas lawmakers are raising the prospect of reducing that initial cash infusion to free up money for other state programs.

No one has publicly backed such a move, but key budget writers have privately discussed the option. And at a Senate Finance Committee hearing Monday, Sens. Kirk Watson of Austin and Charles Schwertner of Georgetown asked Legislative Budget Board staffers about how it might work.

Lawmakers could reduce the $5 billion transfer by up to 50 percent through a two-thirds vote in both the House and Senate. That’s through a provision of Senate Joint Resolution 5, the legislation that sent the issue to voters in 2015.

“As we’re thinking through all these budget items, we have a number in our head,” Watson, a Democrat, said when he learned such a maneuver could ultimately free up $2.3 billion in revenue for other purposes. “We purposely put in a fail-safe.”

Schwertner, a Republican, questioned whether the Texas Department of Transportation has already allocated money expected from Proposition 7.

The Texas Transportation Commission, which oversees TxDOT, last year approved a long-range planning document that assumed it would receive Proposition 7 funds through 2026, according to its Unified Transportation Program.

And at the Texas Transportation Forum, an event hosted by TxDOT in Austin this month, Transportation Commission Chairman Tryon Lewis said the agency is already counting on the money in long-range plans. “We’ll be getting the projects out,” he said.

On Monday, Lewis told the Senate Finance Committee that parts of the agency have been reorganized “to make sure money is used immediately.”

Local governments are already submitting proposals to TxDOT for how to tap the Proposition 7 money, Marc Williams, the agency’s deputy executive director, told The Texas Tribune. The Transportation Planning Commission will discuss those and other proposals during a Feb. 22 workshop before voting on them in March.

TxDOT’s main source of revenue — the gas tax drivers pay at the pump — hasn’t seen an increase since 1991, years before the Dallas Cowboys last won a Super Bowl. Twenty-two states in recent years have increased their gas taxes to help pay for transportation projects, according to credit ratings agency Moody’s. Such a move has been largely considered a nonstarter in the tax-averse Texas Legislature.

Meanwhile, as cars become more efficient, most drivers are paying even less in per-mile gas taxes.

On top of that, inflation, increased construction costs and cars becoming more fuel efficient have prompted years of warnings from TxDOT officials that it can’t keep pace with the demand for additional highway capacity needed to keep up with the state’s booming population. In some parts of the state, particularly in North Texas, transportation officials and planners began relying more heavily on tolls to fund new highways or expansions of existing ones. Residents eventually began pushing back against their proliferation.

During the past two legislative sessions, lawmakers came up with a number of mechanisms to send more money to TxDOT that avoided raising taxes, including two constitutional amendments that voters overwhelmingly approved.

Though the Texas Senate and House kicked off this session with proposed budgets that are nearly $8 billion apart, funding for TxDOT was one area where they agreed. Both bodies initially budgeted for TxDOT to receive more than $28.1 billion over the next two years. In each proposed budget, that figure includes $5 billion from Proposition 7’s sales tax revenues.

In a report last week, Moody’s argued that the new TxDOT funding approved by voters in recent years leaves the Legislature with less money to work with than it had in the previous session.

“Simultaneously, economic and population growth is expected to increase faster than the nation,” the report said. “Balancing the government service demands of growth against a smaller general fund budget now is a greater challenge.”

But amid sluggish economic growth in a state with a litany of pricey needs — including widespread concerns about the state’s child welfare system — some lawmakers appear to be lamenting whether too much money has been guaranteed for transportation.

A move to get back some of that money could face major opposition in the Legislature.

State Rep. Joe Pickett, the House sponsor of Senate Joint Resolution 5, suggested lawmakers should only use the clawback mechanism in case of a major economic downturn or if the state found itself in some other unforeseen fiscal bind.

“I just don’t think our budget is that dire,” the El Paso Democrat told the Tribune.

Last month, Gov. Greg Abbott released his proposed budget to lawmakers that included sending the full Proposition 7 funding amount to TxDOT in the next biennium.

“A promise to invest in infrastructure was made to voters, and this budget ensures the promise is kept,” his budget says.