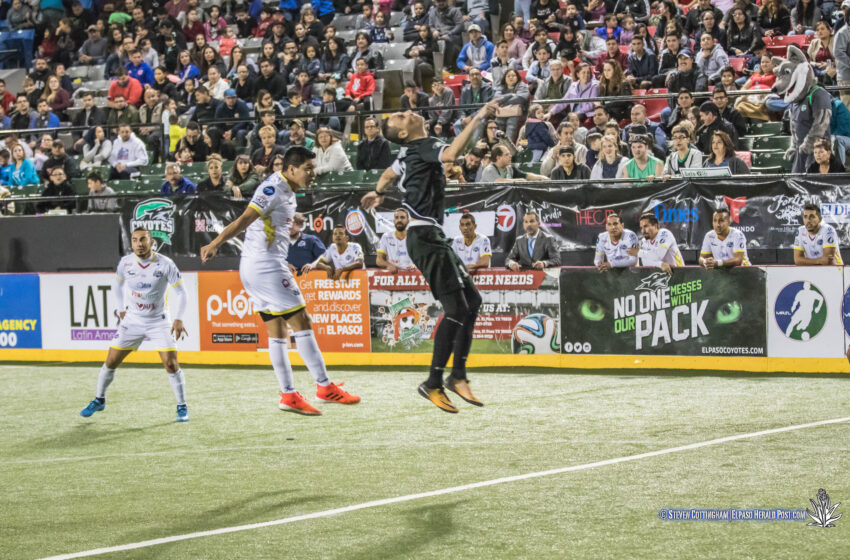 The El Paso Coyotes started strong, but came up short, losing to the top-ranked team in the Major Arena Soccer League – the Monterrey Flash – 9 to 5.

Midfielders Hugo Puentes and Jorge Rios, and forwards David Salas, Fernando Gatica and Daniel Frias, scored for the Coyotes with a goal apiece. Puentes, among the top scoring leaders in the league, now has 21 for the season.

For the Flash, forwards Edgar Flores and Brayan Aguilar scored three goals each.

The Flash remain the only team still undefeated in the MASL, while El Paso drops to 6-8 and is in third place in the Southwest Division, behind the Soles de Sonora, 8-6, in second. Monterrey, meanwhile, boosts its stellar record to 14-0 and remains unscathed in first place.

The top two teams from each division — Southwest, Pacific, Eastern and Central — qualify for the playoffs.

The Coyotes now hit the road, visiting Hidalgo, Texas, to take on the Rio Grande Valley Barracudas on Jan. 28, and then on to Washington to face the Tacoma Stars on February 2. They return home for a match against the Barracudas at 7:05 p.m. Saturday, February 3, in the Coliseum (4100 E. Paisano.)