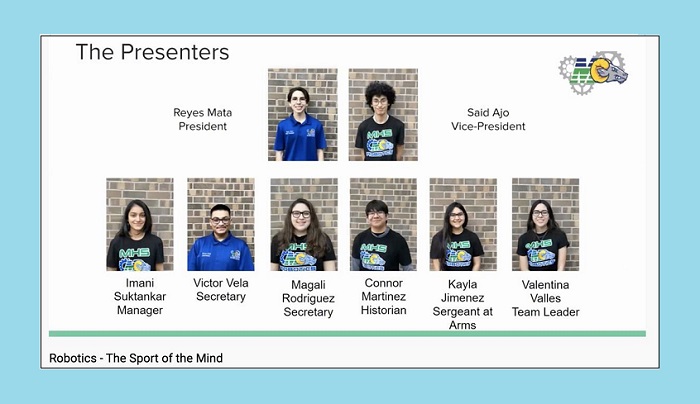 Two Montwood High School robotics teams, also known as Rambotics and Mean Green Machine, advanced to the international level of competition last year before the COVID-19 pandemic cancelled it, but they are determined to stay the course and advance again at their next opportunity.

“The kids were a bit devastated, but their spirits weren’t completely broken,” said Luis Ramirez, Montwood High School CTE instructor and robotics coach, about the cancellation of the competition. “We decided that if two of our teams can do it last year, we should be able to do it again this year.”

Last year, they were the first high school robotics teams in El Paso to earn their way to the FIRST Championship, the international level of competition which was going to be in Houston.

The Montwood High School robotics has three teams: Rambotics, Mean Green Machine, and Rampage. Due to their success last year, the Rambotics team had the opportunity to be featured in the FIRST Championship virtual conference.

They are currently in regular season and are getting ready for their first virtual competition on November 7.

The robotics teams compete in three local invitational competitions called League Play. Later in the school year, they compete in the UTEP First Tech Challenge (FTC) Championship. The top teams at the UTEP competition advance to the Panhandle Plains Championship in Lubbock.

Montwood High School Robotics team president Reyes Mata said he and his team focused on what he calls the “sport of mind.” Like any 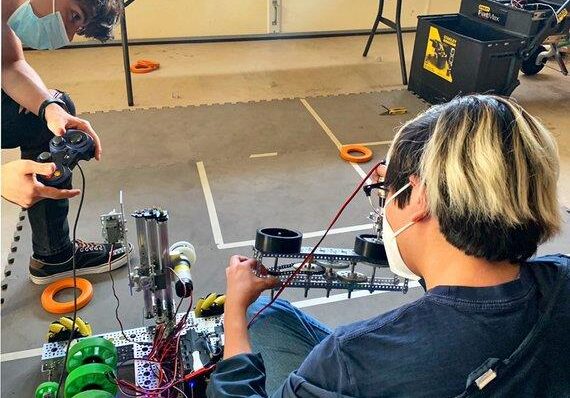 other traditional sport, the participants have to put in the same amount of dedication and hard work to keep advancing and compete at the top level of robotics, he said.

“Teamwork and dedication are key in robotics,” Mata said. “No one is going to make it to the (world competition) by themselves. It’s just not going to happen, and that is what makes it a sport of the mind.”

The FIRST in Texas Foundation reached out to the Rambotics team because they were so impressed by their performance at the Panhandle Plains Championship.

They asked them to create a virtual presentation and debut it on their first virtual conference in Texas to assist other robotics teams.

Rambotics’ Vice President Said Ajo said when they found out they had qualified for the international competition they were emotional about it because their hard work and dedication had paid off.

Then, when they found out the FIRST Championship had been cancelled, they were devastated because they had mostly everything ready to travel and compete, he said. However, the Rambotics team kept their spirits high.

“We saw this as a learning opportunity,” Ajo said. “This gives us more time to see how other teams work and prepare ourselves for next year and make it to the (world competition) again.”