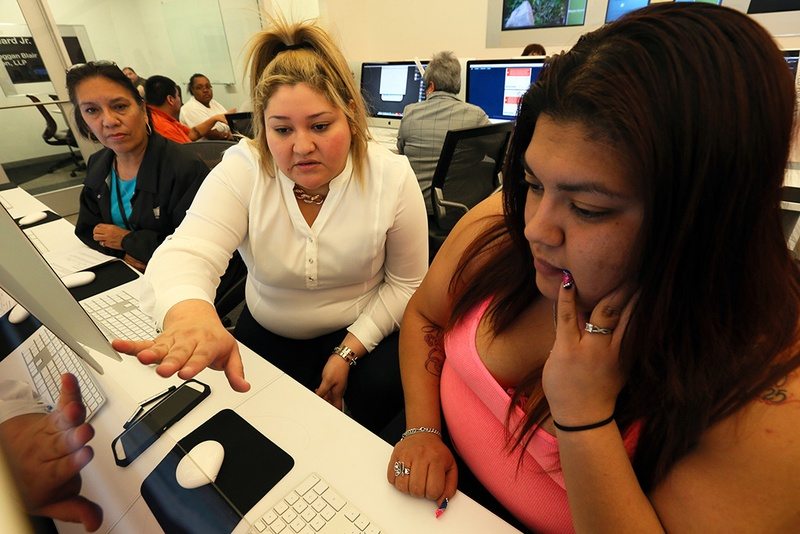 The number of Texans with health insurance has increased 20 percent since 2013 under federal health care reform, but Texas’ health insurance gains continue to lag behind the rest of the nation, according to a pair of reports released this week.

While the Obama administration has declined to say how many enrollees in federally subsidized health insurance were previously uninsured, a study to be released Friday by consulting firm Milliman sheds new light on that number, finding that the Texas health insurance market has grown by about 760,000 people under the Affordable Care Act.

That figure is roughly 63 percent as large as the number of Texans who signed up for Affordable Care Act coverage last year, or about 1.2 million Texans, according to the Obama administration. Still, the Milliman report found a 20 percent gain in the state’s total population with insurance, up from 3.73 million in 2013 to 4.49 million today.

Despite the gains, a separate report published Thursday by the Episcopal Health Foundation in Houston found that Texas lags behind other states in Affordable Care Act enrollment.

The rate of uninsured adults dropped nearly twice as much nationally as it did in Texas from 2013 to 2015, according to the report, which was released jointly with Rice University’s Baker Institute for Public Policy.

The study found that the adult uninsured rate in the United States has fallen by 41 percent since the rollout of the federal health law. But Texas’ uninsured rate dropped just 21 percent during the same time, the researchers found.

“The good news is that Texans, like all Americans, saw meaningful drops in the rates of uninsured since the ACA began,” said Elena Marks, the health foundation’s president and chief executive. “However, Texas still has the most uninsured adults in the nation, and Texans with the lowest incomes continue to get health insurance coverage at a rate far below anyone else.”

Among low-income adults in Texas, the uninsured rate dropped 15 percent — the smallest decline of any group in the state, the researchers found.

The open enrollment period for Affordable Care Act coverage in 2016 runs until Jan. 31.

Nearly 50 percent of Texans with annual household incomes below $27,000 remain uninsured, according to the Episcopal Health Foundation. Federal tax credits to offset some of the cost of health insurance are not available to low-income Texans.

Between 700,000 and 1 million Texans living below the poverty line would instead be eligible for Medicaid expansion, an optional tenet of the federal health law, but Texas has declined to expand that federal-state insurance program. Republican state leaders criticize it as inefficient and question why government should provide coverage to able-bodied adults.

While low-income Texans have seen just modest gains in health insurance coverage, sectors of the insurance market typically enjoyed by wealthier Texans have grown explosively under the Affordable Care Act, according to the Milliman report.

That study, commissioned by the Texas Association of Health Plans, an industry group, found that the most dramatic gains in any market under federal health reform were in Texas’ individual market, where people buy health insurance on their own without assistance from an employer. The number of Texans covered in the individual market has grown 115 percent under the Affordable Care Act — up to 1.5 million in 2015 from 695,000 two years before. The individual market now accounts for one-third of the total health insurance market in Texas, according to the report.

Texans are also giving up their coverage from before the Affordable Care Act, which required plans to cover a wider range of benefits, at a faster rate, according to the report. The number of people who chose to remain with their pre-Affordable Care Act plans has declined by more than half, with only 17 percent of individuals in Texas currently remaining enrolled in their old plans.

The impact of the Affordable Care Act on Texas health insurance landscape has been “significant, with a substantial increase in the number of Texans gaining health insurance in the traditional fully insured market and an explosive growth of the individual market,” said Jamie Dudensing, chief executive of the Texas Association of Health Plans.

Disclosure: The Texas Association of Health Plans was a corporate sponsor of The Texas Tribune in 2013. A complete list of Tribune donors and sponsors can be viewed here.