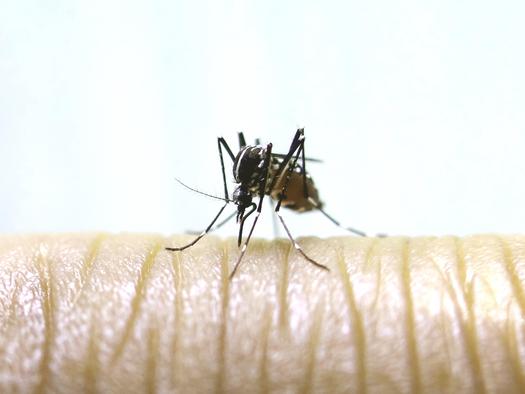 TRUTH OR CONSEQUENCES, N. M. – For the first time, authorities have trapped and identified the type of mosquito that carries the Zika virus in Sierra County, where the county seat is Truth or Consequences.

This summer, the New Mexico Department of Health, along with New Mexico State University, has been sampling the 24 southernmost counties, from the Mexican border up to Bernalillo County, and found the Aedes aegypti species in Sierra, Doña Ana, Eddy, and Chaves counties. In the past, the bugs have also turned up in Otero County.

Dr. Paul Ettestad, the state public health veterinarian with the New Mexico Department of Health, said the good news is that local mosquitoes haven’t been proven to actually spread the virus, yet.

“We haven’t had the situation in Miami, where there’s local person-to-person transmission going on,” he said. “That’s what we’re trying to avoid. We don’t want that to happen.”

Six New Mexico residents have been diagnosed with the Zika virus, but each of them are had recently traveled to South or Central America. Zika has been linked to severe birth defects in babies whose mothers were infected during pregnancy.

“We’re hoping that people will look around their home and look for any standing water, especially after all the rains we’ve had lately,” he explained. “The Zika mosquitoes like to live right near people, and lay their eggs in a very little bit of water. It can be as small as a bottle cap full of water.”

Vector Control teams also have found a second mosquito species that can carry Zika in Roosevelt, Otero and Curry counties.