The Moth, a storytelling, non-profit with a popular radio hour (heard on 450+ public radio stations nationwide) and podcast (downloaded 44 million times a year) is coming to El Paso.

Hosted by Peter Aguero, the two-hour El Paso show – the first ever Main Stage in El Paso, taking place on March 7 at the Scottish Rite Temple and will feature five storytellers,  as well as three who hail from the area including Tuff Hedeman, Robert Holguin, and Rosa Guerrero.

The Moth presents true, personal stories by luminaries in the arts and sciences, as well as an astronaut, an undertaker, a voodoo priestess and a retired NYPD detective, among many others. Each show is composed of simple, old-fashioned storytelling on thoroughly modern themes, by wildly divergent raconteurs; every story is told live on stage, without notes.

All storytellers will take the stage to share tales that explore truth in the eyes of the beholder — epic battles, tough choices, memory forensics, false accusations, nudity, tragedy, comedy and redemption. Seeing is believing.

Our host: Peter Aguero was born and raised in Southern New Jersey. He is a Moth GrandSLAM champion and an instructor for The Moth Community Program. He performs, hosts, and produces storytelling, burlesque, and variety shows all over New York City. His most recent show, Daddy Issues, has been performed in the far reaches and middle grounds of North America. To find out more reasons why his mother is so proud of him, go to peteraguero.com.

Our storytellers:
Martha Ruiz-Perilla is an artist based in the Lower East Side, where she lives with her husband Marc and her dog Queso. Her love for storytelling, a tradition in her family, earned her the nickname of RadioMartha. Born and raised in Colombia, Martha graduated from Dental School in 1992. She has lived for over 20 years in New York City telling her stories through her artwork and her writing.

Martha ascribes most of her anecdotes to her experience as an immigrant. She was a graduate fellow and class salutatorian at Christie’s Education in 2002, earning a masters degree in the History of Modern and Contemporary Art. Her artwork, which includes painting, sculpture, and installation, is part of private and public collections in the US and abroad. While living in the US she has held a myriad of jobs, the most difficult, perhaps, being a Mime’s Assistant, due to the impossibility to talk while at work.

NESTOR “the boss” GOMEZ was born in Guatemala and has been telling stories for a little over two years. In addition to winning two Chicago Moth GrandSLAMs, Nestor holds the record for the most StorySLAM wins in the city, and has told on Moth stages in Milwaukee and Madison as well. More recently, he wrote and performed his first solo show at Chicago’s Fillet of Solo Storytelling festival.

However, if you ask him, Nestor will tell you that his biggest accomplishments are his two kids, making his mother and family proud, and winning the heart of his fiancé, “sweet Mel.” Nestor is currently working on another solo show, a collection of poetry, and his first novel. He lives in Illinois with his fiancé and their two pitbulls, Hope and Kozmo. For more information visit nestorgomezstoryteller.com.

Richard Neale “Tuff” Hedeman was born in El Paso, Texas, as the youngest of seven children. Although young Tuff started off as a jockey, it was obvious that the cowboy life was his calling, and he began competing in every even there was. Winning first as a teenager and then for his alma mater, Sul Ross State University, Tuff went on to join the Professional Rodeo Cowboys Association in 1983.

A year later, he qualified for his first of 12 National Finals Rodeos, and proceeded to win three world bull riding championships in 1986, 1989 and 1991. Tuff rode his last NFR bull for the 1991 World Championship in honor of his best friend, Lane Frost, whom died in the arena, at 25. While a career-ending injury in 1998 put his bull riding days behind him, Tuff continues to compete – and win – as a team roper. An iconic figure in the sport and an inductee in the Pro Rodeo and El Paso Athletic Hall of fame, Tuff currently lives in Morgan Hill, Texas, with his three boys.

Robert Holguin grew up in Vado, New Mexico. After graduating from New Mexico State University he started writing for the Associated Press in Seattle, covering the grunge music movement in its birthplace. Robert then joined the El Paso Times, where his award-winning work focused on the Mexican drug trade and the unsolved murders of hundreds of women in Ciudad Juarez, and later, reported from Capitol Hill in Washington, DC during the impeachment of President Clinton.

After reporting at KABC in Los Angeles – covering everything from celebrity scandals to devastating wildfires – Robert made the move back home to the borderland, and has been with El Paso’s KFOX in El Paso since 2016.

Rosa Guerrero is an artist, educator, dance historian, and humanitarian proudly from El Paso. The first of seven children to graduate from college at the University of Texas El Paso, Mrs. Guerrero went on to found and become the artistic director of the International Folklorico Dance Group. Her efforts promote cultural awareness around the US have earned her many local, national, and international awards – including a lifetime membership with the Texas PTA, and the honor of being the first Hispanic woman in El Paso to have a school, Rosa Guerrero Elementary, named after her.

Described as “a tapestry of many cultures whose mission is to share this tapestry of cultural diversity, and how it is woven, with all people,” Mrs. Guerrero continues her mission of love, peace, and cultural understanding to this day as an educational consultant giving presentations and lectures. 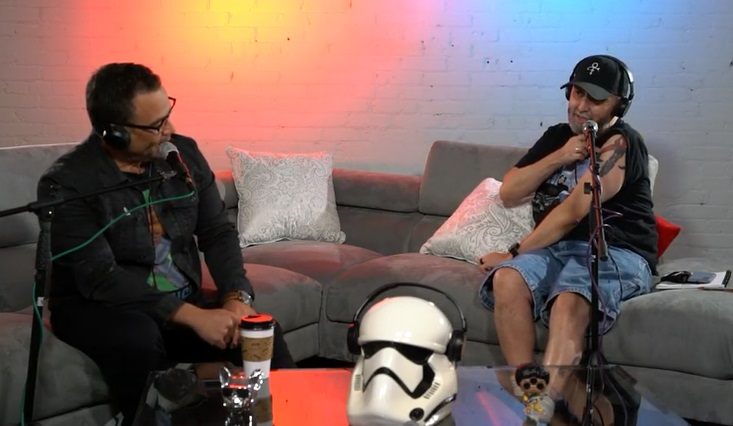