When planning a Dustball Rally, it takes a little more than a few clicks on google map as some might think. I know some other rally organizers that pick their destinations with a blindfold, darts and a paper map.

This sounds pretty exciting, and we are often tempted to do the same, but for certain events – such as the Dustball 1000 –  we make much more calculated moves. Largely because it always starts from El Paso — where Dustball originated.

Generally speaking, after 11 years of hosting drives and literally driving every road in the Southwest, we have a good idea of what we want to accomplish for each Dustball 1000 far in advance. It is simply a matter of how to do it — which probably confuses most readers — but remember that there are many trade secrets that Dusball uses, and others would love to know.

So it is now obvious that we won’t tell you everything, but dozens of factors are calculated when selecting destination and designing the perfect routes. We literally monitor all variable conditions, for advance years, so that we know what to expect in certain parts of the US. For the Dustball 1000 this year, the biggest factor was snow. Our old enemy…

Now I will tell a little story about the daily adventure that 50 people witnessed from April 26 – May 1, 2016:

Teams from all over the US begin to trickle in, only three from El Paso, the remaining 20 from as far as Calgary, Boston and Orange County. We start the introductions, in which teams stand before one another and tell a little about themselves.

The number of new teams is unusually high, so the look of confusion on their faces is priceless — especially when a veteran team stands and looks around during his introduction, looks around and says “there are so many new teams, you all have no idea what you’ve gotten yourselves into.”

Other veteran teams laughed while the new teams looked around nervously, wondering what he meant.

Several cars were already lined up in the parking lot of the former Edge of Texas steakhouse, and other trickled in.

One team arrived without stickers on — the vehicle he planned to bring was getting a wrap installed with the stickers, but was incomplete in time. Fortunately we had spares and several people jumped in to help apply them quickly — as Dustballers always do for each other.

After a quick safety briefing and thanks to all the sponsors, we begin to hand out packets and the teams were off. The first stretch of highway was US-54, right through New Mexico, and the pack quickly began to divide as teams started searching for the gimmicks along the route.

This rally was for fun, so the gimmicks were not made to be very difficult but instead easy to find, to assure so many new teams that they were on course.

The route eventually lead everyone into Madrid, NM — well known as the town that ‘Wild Hogs’ was shot in. The lunch break here had teams  trying to figure out where they would end up for the night.

After lunch, teams continued to some of the more scenic areas, crossing into Colorado and quickly navigating their way to the overnight stay.

Teams eventually found themselves in the small town of Durango, CO for the night.

Many got together for dinner that night, and went out for drinks and camaraderie together afterward.

The next morning was a late start, with the briefing beginning at 9am.

Due to a massive super cell in north Texas, moisture was being deposited into the atmosphere and by the time it reached the great Rocky Mountains, it turned into snow which subsequently fell upon every prime planned route for day two of the Dustball 1000.

Luckily, we had several more options and backup plans to get us into Denver one way or another.

We did lack some needed data regarding one route, but a navigator from one of the teams lived in the area and assured us that it would be a clear path to a better maintained route to the finish line.

Up until departure, teams cleaned pranks form their vehicles, pranked other vehicles and one even did a brake job.

Once we all hit the road and diverted onto the fun route, encountering rain, snow flurries and more. But once it opened up, what a fun time it was for the rest of the day.

After arriving in Denver, teams had just enough time to get cleaned up, grab a bite to eat and head down to the finish line celebration to meet and bond with the other teams, which are now all a part of the Dustball Family.

For more information on Dustball, visit us on the web at www.dustballrally.com and like ‘n follow us on InstaFacewitter. 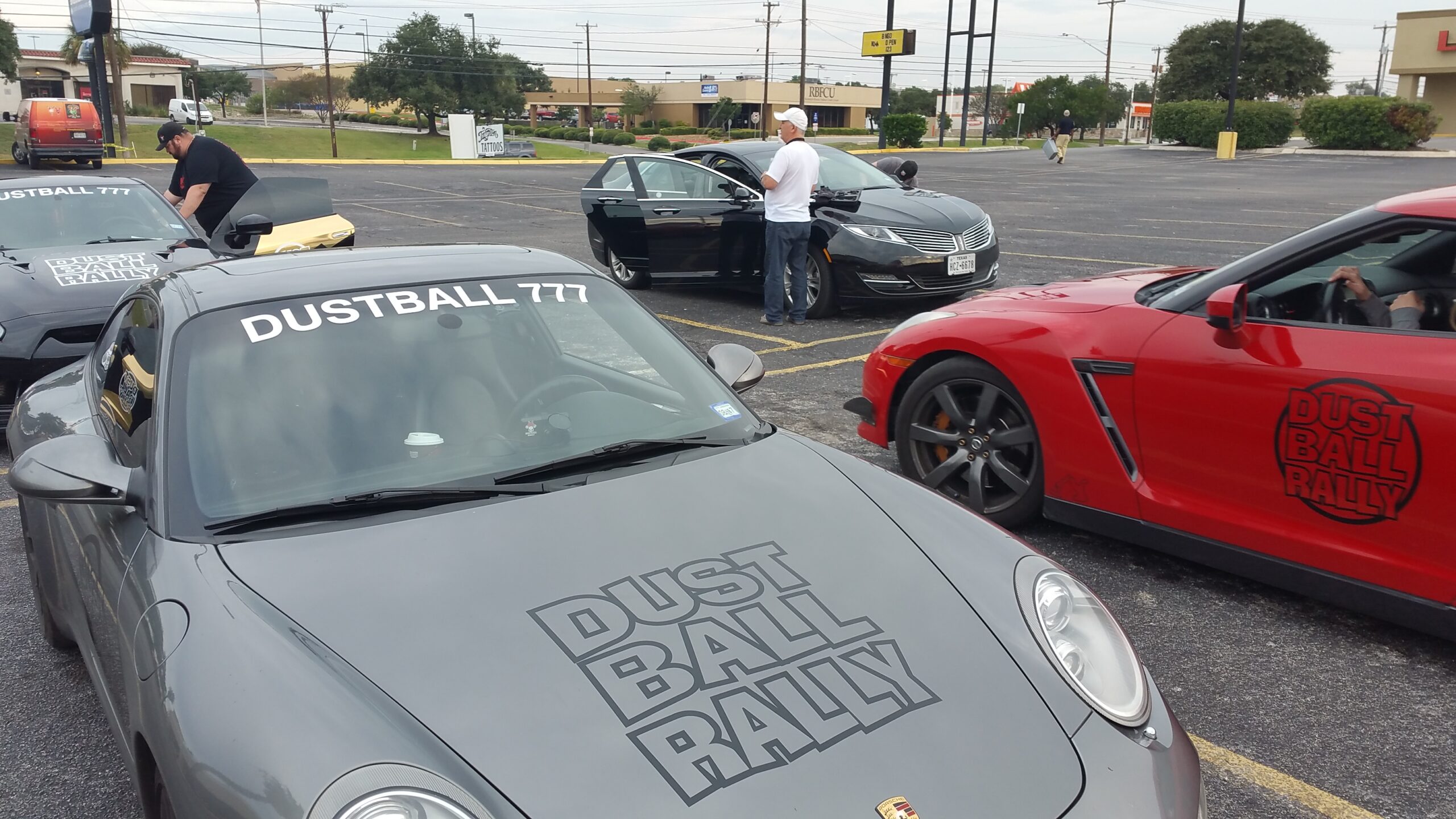 The Motoring Life: A Series of Fortunate...