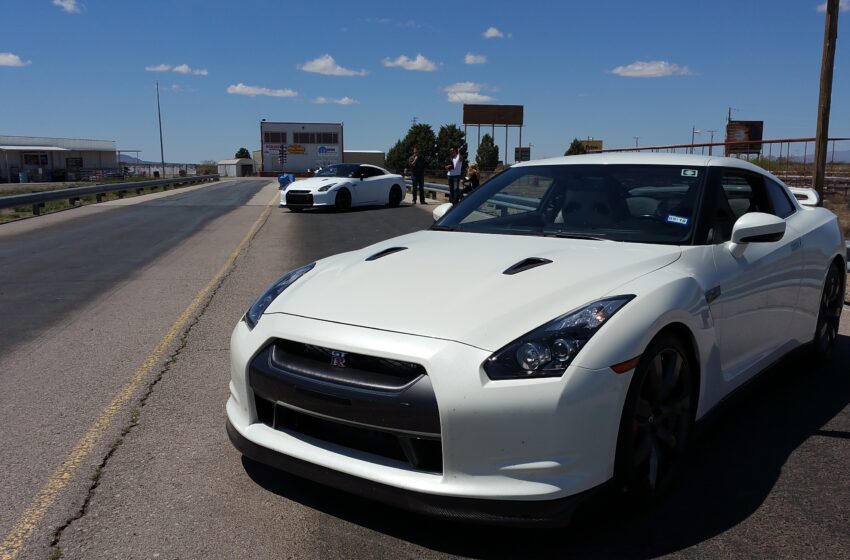 As an aging male, my doctor urges me to take better care of myself with a proper diet and regular exercise. Of course, the diet plan is a struggle, but there’s not much more out there that is as strenuous as the adult classes at Championship Martial Arts (shameless plug for this amazing karate studio.)

Unfortunately I had a meeting of the minds, if you will, with an accidental head-butt to my temple. Because of the bruising and swelling, I was not able to fit a helmet on my head — and with an impending track day only a few short days after this, I was more than disappointed.

But, the show must go on, as I was asked to coordinate and host the private track day at our favorite (and only) local road course — Arroyo Seco Raceway.

Only ten examples of track machines came out, all experienced drivers from El Paso:

Two Nissan GT-Rs both with respective modifications that are completely street legal (of course), BMW M3 caged and converted for dedicated track use, a tricked out BMW Z4, one loud Corvette Z06, a workhorse Corvette ZR-1, a Corvette Stingray modified by Motiva Performance Engineering that puts out 1.21 giggawatts of power, and a bone stock but bright orange McLaren MP4-12C.

A friend that picked up a new Ferrari 488GTB contacted me about wanting to come out, but travel plans interfered. That would have been quite a spectacle, instead I was granted permission to do a review on it in the future, so keep an eye out for that.

The great thing about having nothing but experienced drivers, and friends to boot, is the safety factor goes way up. There wasn’t a single close call or incident, and all under light supervision of myself thereby reducing the stress level to a light hum.

Worse, this meant that I could have been able to run my own car with as many responsible drivers that we had — but the pain from the bruising was too intense still, even four days after the injury. I left my helmet at home to reduce the temptation, but was still offered several loaners.

Did I mention how great this group of people are?

So, other than an initial welfare lap to look for debris on the track, I was painfully confined to the pits to watch. Which is was fine with until I was offered the keys to the McLaren. Obviously I had to decline since there were several other cars on the track and driving without a helmet was not an option.

The owner assured me I would have another opportunity in the future. But still, it increased the mental anguish of not being able to take the offer.

Other offers were thrown out — I mostly declined driving the stingray because of the 64 million horsepower that this vehicle was easily dyno’d at, after being modified by Motiva. Even without a light concussion, I’d turn it down. Cars like this can get away from you very quickly, if you don’t have any experience driving them — which I don’t, having most of my driving experience in measly Porsches.

It was still an enjoyable day, despite not being able to drive my own, or anybody else’s car on the track —  it was spent with good friends talking about cars & driving, and even planes & flying at one point. The weather was perfect and the people were even perfect-er. We couldn’t have asked for a better day to run this event, except for that cranial bruising thing…

Until then, here are a few less-than professional images that I managed to snap of some of the cars in attendance: