It was a very different call and capture for El Paso County Sheriff’s Office (EPCSO) Deputies Monday, as a mountain lion was spotted in the backyard of a far-East El Paso County home.

According to EPCSO Officials,  Sheriff’s Office deputies and Animal Control Officers responded to an animal call in reference to a possible mountain lion in the Mountain View area, east of El Paso city limits.

Deputies arrived at a residence located along the 14100 block of Seattle Slew Avenue and spotted a mountain lion in the backyard of the home.

The deputies then called for back up from Texas Parks and Wildlife, the El Paso Zoo and the State Veterinarian for the El Paso area. 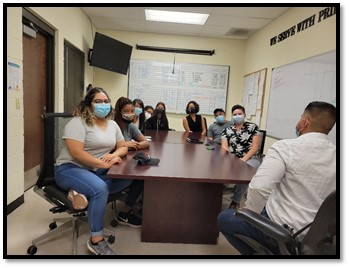