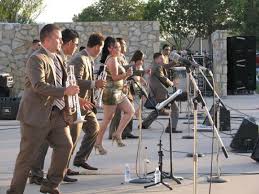 The city’s summer music concerts may be months away, but the planning starts now to bring El Pasoans another summer of free family entertainment.

The Museums and Cultural Affairs department is now accepting applications for its summer concert series, Music Under the Stars and Dancing in the City. The application period for both summer music programs will be open November 16 – December 3.

The deadline to submit applications is at 6 p.m. MST Thursday, December 3. To better streamline the process, the applications are now in digital format and interested musicians can apply and submit samples of their work at http://mcad.elpasotexas.gov/opportunities.

“These two events have become summertime staples which we are proud to continue as part of the city’s commitment to enhancing El Paso’s quality of life,” said Chris Espinoza, Production and Marketing Coordinator. “The city and its partners work to put together a diverse line-up of music from around the Southwest and the country for both of these programs.”

Music Under the Stars is a free outdoor concert series held between the months of June and July in collaboration with the National Park Service at the Chamizal National Memorial. Going into its 33rd season, the event is host to local, regional and national musicians of various musical genres.

Dancing in the City is an outdoor dance concert series held between the months of June and July in collaboration with El Paso Live at Convention Center Plaza in downtown El Paso. Going into its 7th season, the event offers attendees a free live dance lesson taught by professional dancers one hour prior to the live music performance in various musical genres.

Tags: music under the stars