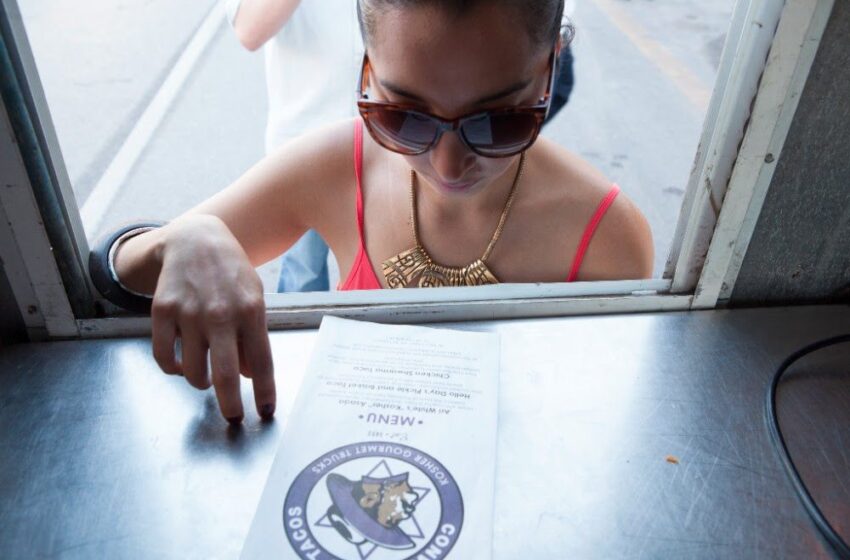 In an effort to discover forgotten history through delicious food, artist and El Paso City Rep Peter Svarzbein brings together some of the best and brightest people from the border to ask the question “Why Kosher Tacos?”

With Conversos y Tacos Kosher Gourmet Trucks est. 1492, Svarzbein has crafted a language to connect Jewish and Mexican food traditions in order to spark an interaction about the often hidden Spanish-Jewish presence in the Southwest and Latin America.

This innovative art installation, utilizing the language and form of a food truck company, deals with the history, culture and mythology that exists in the borderlands between the varied citizens of the Southwest.

“Starting 10 years ago I began to work on a body of work photographing and interviewing Latino families who have made an effort to return or convert to Judaism, believing that they were descendants of forced Jewish Converts to Catholicism, (aka Conversos), “ says Svarzbein. “I travelled from Mexicali to Midland, Texas collecting images and stories along the way. Wanting to show this work in a way where it could be seen by a large group of people, a light bulb went off in my head and my belly growled and I knew El Paso needed some delicious Kosher Tacos as a way to create a space to talk about this interesting and relatively unknown aspect between our shared Spanish and Jewish histories.”

Since then Svarzbein has decided to take this story and experience on the road. “I’m looking for this tour to be a beginning towards the ultimate destination, A road trip down the Historic Camino Real Road, one of the oldest highways of the Americas, driving a kosher taco truck from Santa Fe, NM to Mexico City.”

Conversos Y Tacos Kosher Gourmet Trucks was recently listed as on the 9 Best Kosher Food Trucks in the United States by JTA and Haaretz.

Visitors of all ages will get the unique opportunity to participate in a culinary experience like no other: Kosher Gourmet Tacos.

A converso and its feminine form conversa was a Jew, or one of their descendents, who converted under duress to Catholicism in Spain or Portugal, particularly during the 14th and 15th centuries. Mass conversions once took place under significant government pressure such as the Spanish Inquisition of 1492.

Other names for converso include, Marrano, crypto-Jew, New Christian, and Anusim (Hebrew for forced ones).