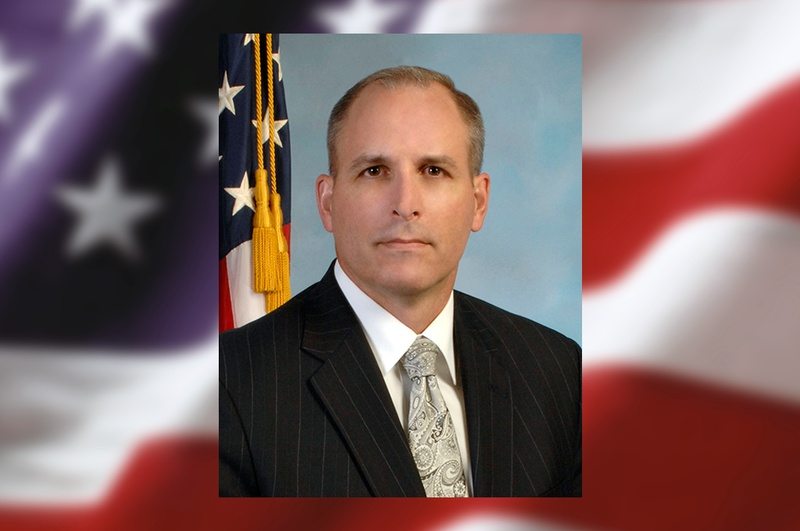 As the first outsider appointed to run the Border Patrol in its 92-year history, former FBI official Mark Morgan starts his new job this week as chief with a target on his back.

The selection of Morgan, a career FBI official, to run the 20,000-strong force sends a clear message: The Border Patrol has a culture problem that needs to be fixed.

But with just seven months left in the Obama administration, the question remains whether Morgan can right an agency in turmoil or whether his appointment is merely symbolic.

Morgan follows Michael J.Fisher, who held the chief position from 2010 until his retirement in November. Ronald D. Vitiello, who was Fisher’s deputy, was acting chief since then.

This is not Morgan’s first stint at Customs and Border Protection, the Border Patrol’s parent agency. He held a six-month appointment in 2014 as interim head of internal affairs.

Before serving as the FBI’s assistant director for training, he was the FBI’s top agent in El Paso. His office handled investigations into border crimes and corruption, among other duties. Neither Customs and Border Protection nor the FBI made Morgan available for an interview before he took over the Border Patrol.

The Border Patrol has distinguished itself by doing the challenging and often thankless job of confronting unseen dangers in remote areas. But with a massive expansion since 9/11, the agency also has alienated the public and other law enforcement with its militaristic approach to border security.

Morgan took charge Sunday of a Border Patrol accused of being insular and resisting outside oversight.

For many agents, Morgan’s appointment came as a blow because they had hoped a new leader once again would be promoted from within their ranks.

“I get that it’s a sad day for the Border Patrol,” said Ronald Colburn, who retired in 2009 as the agency’s No. 2. “But tomorrow, you put your boots back on and your uniform back on – and do your job.”

The choice to go with Morgan addresses outside criticism of systemic abuse, misconduct and discipline issues within the ranks, all of which have received sustained media attention in recent years. But insiders say it also aims higher – at the personal shortcomings and failings of leadership, much of which have remained hidden.

Customs and Border Protection Commissioner R. Gil Kerlikowske, who appointed Morgan, had signaled that he wanted a fresh perspective in the agency’s leadership, and with it greater accountability and transparency.

While the Border Patrol’s motto is “Honor First,” its culture has not always stayed true to that. Although overall arrests of agents have fluctuated, the agency has seen a number of alcohol- and drug-related arrests as well as domestic violence incidents in recent years. In his list of 2016 priorities, Kerlikowske sought to change that.

“We must embody the highest ethical and moral principles, and our actions, on and off duty, must bring honor to ourselves and our agency,” he wrote in an Oct. 5 memo obtained by Reveal from The Center for Investigative Reporting.

Yet Kerlikowske’s decision to appoint a leader who never has apprehended a border crosser or gone through the agency’s academy doesn’t sit well with some in the Border Patrol.

The commissioner’s “actions have shown that he is willing to try to placate the critics of CBP and specifically the Border Patrol,” said Shawn Moran, a spokesman for the National Border Patrol Council, which represents agents. He held up Vitiello, the acting chief, as the best candidate. “His decisions, we believe, have been motivated by outside groups, not the concerns of employees.”

Other current and former officials, while disappointed that an outsider has taken the helm, say it is necessary as ego and arrogance clouded the vision of recent Border Patrol leaders, including Fisher and his predecessor, David Aguilar.

Aguilar ­– who oversaw the buildup of the Border Patrol as chief, deputy commissioner and acting commissioner before he retired in 2013 – declined an interview request, citing a busy travel schedule. Fisher did not respond to multiple requests for comment.

After decades of being viewed as the gum on the bottom of the Justice Department’s boot, as one former Customs and Border Protection official described the Border Patrol, the agency gained newfound power when it moved under the U.S. Department of Homeland Security, which formed in 2003. In a new age of security concerns, it became a Cinderella with an expanded budget and thousands of additional agents. Critics say the leaders fell under the spell of their own speeches but grew confused about the agency’s focus.

W. Ralph Basham, a former Customs and Border Protection commissioner during the Bush administration and an avowed Border Patrol supporter, said there is no panacea to cure the agency’s ills.

The cultural issues, many say, start at the top, where a double standard for ethical lapses and other misconduct has existed for decades. One senior official after another has escaped termination, let alone prosecution, for various crimes and misdemeanors.

A Customs and Border Protection spokeswoman declined to comment on personnel matters.

Renee Harris, a former acting deputy chief of the Border Patrol, had an improper and unreported relationship with Mexico’s counterintelligence director when she was the Customs and Border Protection attache in Mexico City. She first denied then later admitted to the relationship, on top of other policy violations, but avoided prosecution. Despite a recommendation that she be fired, Harris kept her job. Instead, she received a demotion, which she appealed, and eventually retired in October 2013. She declined to comment.

Luke Lopez, a fast-climbing Border Patrol agent who served as deputy chief of staff, was arrested after he allegedly threatened a bouncer with a knife outside an Arlington, Va., bar in May 2011. He claimed that someone had slipped a date-rape drug into his drink, which caused him to become intoxicated. Despite a recommendation that he be fired, Lopez kept his job. He now works in a different office within Customs and Border Protection, according to his LinkedIn account. Lopez, through an agency spokeswoman, declined to comment.

Lopez and Harris are just two from a list of 14 officials who were found through internal affairs probes and outside review to have engaged in serious misconduct, ranging from attempting to steer contracts and violate federal hiring laws to having sex in their offices, according to James F. Tomsheck, former head official of internal affairs.

Tomsheck said in an interview that he compiled the list of senior staff who had avoided appropriate discipline during a senior-level meeting in June 2013 in which officials were asked why the agency had a morale problem.

“It was farcical: ‘Why do we have a morale problem?’ ” Tomsheck said. “I wanted to scream, ‘Because no one thinks this is on the level. Because senior leadership thinks they can do whatever they want and not be held accountable.’”

Tomsheck said several high-ranking agents have rallied around Vitiello, pledging to close ranks and remain loyal to him. They did so in a closed teleconference involving top officials from around the country shortly after Morgan’s appointment, according to a conversation Tomsheck had with a person familiar with the discussion.

A flurry of incidents in the past year precipitated Morgan’s selection. Multiple internal affairs investigations targeted several leaders, including top officials in Detroit and the Rio Grande Valley in Texas and even then-Chief Fisher. The investigations all stemmed from allegations of inappropriate relationships or misconduct, according to internal reports shared with Reveal.

Kevin Oaks, chief of the Rio Grande Valley patrol zone, abruptly retired in June 2015, avoiding an investigation into his relationship with a Customs and Border Protection attorney with whom he fathered a child. His deputy, Raul Ortiz, also faced scrutiny related to a relationship with a public affairs officer. Ortiz could not be reached for comment.

In an interview, Oaks declined to comment on whether the agency balked at his relationship with the attorney. He said he had been eligible to retire for years and decided it was time to leave government.

Oaks acknowledged that there is a room for improvement in his former agency and the need to evolve into a more professional law enforcement organization.

He said the agency still was catching up with the hiring of thousands of agents starting more than a decade ago. He said there were few senior-level leaders “who knew how to protect those agents from themselves.”

“We’ve had our own share of troubles with questionable shootings and corruption,” he said. “We don’t want to have a bad reputation. We don’t want corruption in the ranks. We want to make sure agents are of the best moral character we can have.”

Fisher, the former chief, who told some confidants he planned to stay on the job into the next administration, announced his retirement in October as investigators probed his possible misuse of government funds to facilitate a relationship with a subordinate. He was cleared of wrongdoing, but he subsequently retired.

In a farewell message announcing his retirement emailed to agents, Fisher wrote that his greatest accomplishment was “having a loving and supporting family that allowed me to don the green and work side by side with extraordinary individuals who put service above self.”

He added, “I leave you in the hands of competent and caring leaders who will continue to make our organization better and stronger,” before signing off, “Honor First.”

Moran, the union official, said “a lot of the actions of Chief Fisher made it more difficult for his successor, and I think it didn’t help during a time when the Border Patrol was under attack” by civil rights groups. He added that Fisher was not involved in any criminal misconduct.

The agency has come under fire in recent years for how it metes out discipline, its policies around use of force and several controversial shootings, including deadly cross-border confrontations with Mexicans.

After a period of growth in which the Border Patrol doubled in size and underwent a historic shift in resources and mission, the agency already was struggling to find its way. Instead of a legacy of sealing the border, the past two chiefs’ legacy is that the agency can no longer be trusted to run itself, in the view of the Obama administration.

The Border Patrol has been plagued by dozens of corruption-related arrests, complaints of civil rights violations and allegations of excessive use of lethal force as roughly four dozen people have died following altercations with the agency over the last 10 years or so. Community relations are strained in many places. Other law enforcement agencies view the Border Patrol as rogue or renegade. And internally, many say a long-standing good ol’ boys club protects a privileged few.

The Border Patrol has had a pattern of closing ranks or addressing internal matters alone – behind closed doors. Those issues have only been exacerbated by the agency’s growth and leadership failings, current and former agents say.

Why then would Morgan – or any outsider – take this job? Ronald T. Hosko, a former top-ranking FBI official who has spoken with Morgan about his decision, said the new chief feels a sense of duty and optimism that he can make a difference in the near term.

“He goes into this with clear eyes: Many (Border Patrol) employees don’t want him because he’s an outsider,” Hosko said. “I hope for Mark they give him the latitude to make needed changes, to bring in people he can trust and create a fabric of trust internally and externally. It’s a heavy lift.”

Author:  by Andrew Becker, Reveal from The Center for Investigative Reporting

This story was edited by Jennifer LaFleur and copy edited by Stephanie Rice and Nikki Frick. Andrew Becker can be reached at abecker@cironline.org. Follow him on Twitter: @ABeckerCIR. 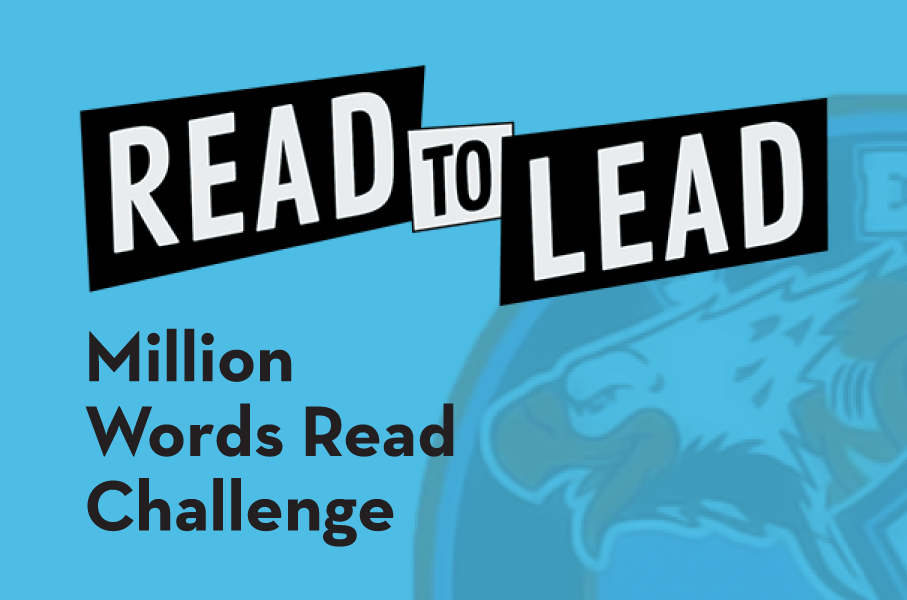