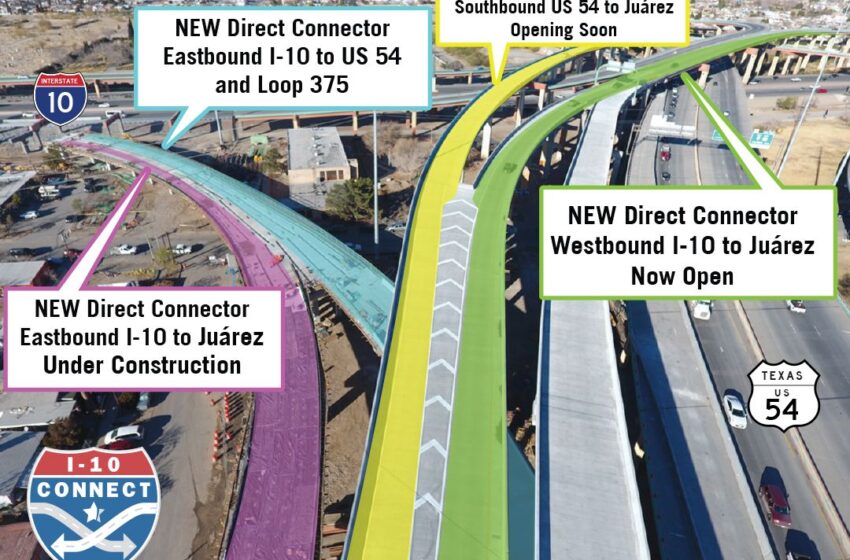 A new direct connector ramp linking southbound US 54 to Juárez at the Spaghetti Bowl is scheduled to open on the morning of February 2, 2021.

When it does, all traffic bound from southbound US 54 to Juárez should follow newly installed signs to access the ramp which carries traffic above Interstate 10 and directly to the Bridge of the Americas.

Exit 20B (I-110/Juárez, México) which departs US 54 near Zavala Elementary School bound for the bridge will close permanently at this time.

This is the third new direct connector ramp to open as part of the I-10 Connect Project. The $96 million project is under construction at the intersection of I-10, US 54 and Loop 375 in Central El Paso.

“Its chief goal is to make it easier for traffic to switch between I-10 and Loop 375. This will allow traffic to better utilize Loop 375 as an alternate to I-10 and vice versa,” project officials share.

Wednesday, February 3, from 9pm to 5am