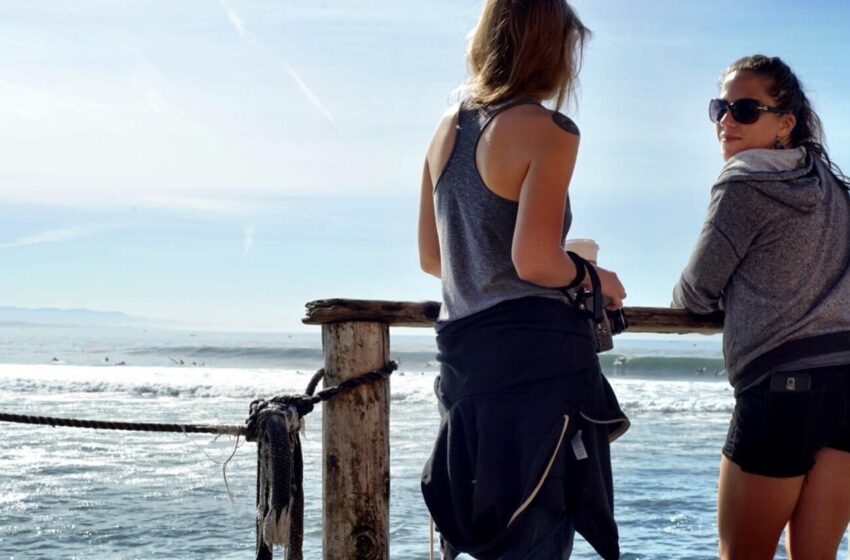 Imagine dreaming about a music career. Now imagine that your popularity is surging, in a music town known as Boston, well before the year mark of having started out. Music execs are turning their heads and labels begin to scratch their itch of talent acquisition by calling on your band.

Two years later you and 2/3rds of your label, move to El Paso. Not Los Angeles or New York City. Not Nashville. And now you are in a National Contest to win 10K and the opportunity to open for the Cold War Kids at a gigantic music festival in Utah ( please support El Paso by voting for Vanessa Wheeler with your email here)

Leo*Leo’s sound is difficult to describe and they’re not interested in changing that. The El Paso/L.A. twosome’s creative endeavors have been dubbed “Nova” Rock (because of the Brazilian, Bossa Nova influence), “Dream Pop” and anything else that sits in the waiting room of sub-genre to “indie” rock.

In a recently published article Indie U wrangled in their opinion of LeoLeo saying the music “floats from contagious synth pop melodies to guitar-soaked rock.” Pandora struggles to pair them.

The duo’s original songs, and their uniquely reformulated takes on hits from other musicians, get squeezed on the flowchart with the likes of Modest Mouse, Bonnie Raitt, Kimbra, Saint Vincent, Haim and The Chins. Their influences include Radiohead, Otis Redding, ABBA,Sergio Mendez, Staples Singers, and Egberto Gismonti.

2014 was a busy year as the Trio released a critically acclaimed album, toured sold out dates with Chadwick Stokes (of Dispatch & Radio fame), and landed a litany of invitations, record label attention and college radio play.

2015 became a year in which Sarah, Vanessa, and Monica took time off from Leo*Leo- eventually landing them in opposite sides of California’s bosom.

“Vanessa stayed in Los Angeles. Sarah and I went to Santa Cruz. I wanted to get back to being simple and surfing. Sarah was offered a job with GOOGLE. We were all a little sore from our first go around in the industry. It takes a toll regardless of how much progress we made for a self funded project.”

The friends-turned- band-turned- label were brought together through a rough mix of passion, jam sessions, adoration of dogs, and “complete girl fandom” (Monica Riehl’s experience of hearing Sarah and Vanessa play together for the 1st time). So as they head into the end of a national music competition (sponsored by Wholly Guacamole) and on the heels of having won another (Venice Wave Fest), LeoLeo was kind enough to answer the question: Why have you and your label moved to El Paso, Tx instead of living in a more metropolitan town?

“My sanity has been questioned. Which is so false! First of all – El Paso is rich in Mexican culture, which is important to me. I’m a white girl from a small town in Rhode Island but I fell in love. I love being here and practicing my Spanish.  Also, El Paso has a sic arts and music scene! I’ve met so many incredibly talented people in the few months of living here- I’m grateful for the community” Sarah Hope said.

“I was raised here. Left for school, created demons, resolved them and returned. El Paso is the best kept secret in the southwest. We have a supple community of extensive talent. Bringing a record label here means teaching people how to advocate for themselves in an arena that thrives on taking advantage of people. Bringing Leo*Leo here means combining my two, out of my 3, favorite pieces of being alive- music and family.” Lead singer, Vanessa Wheeler, added with “ El Paso wasn’t on my radar until meeting Monica. It’s such a cool spot. Jim Ward from Sparta and At The Drive In, Mars Volta, Sam Donaldson, Hal Marcus, 1966 Texas Western Basketball team. It’s a unique community with surprisingly progressive views. There is a lot of passion in this town. I’m excited to keep making music here.”

Vanessa Wheeler is also competing for (email) votes until September 3rd, for the Wholly Guacamole contest. Show your local support please vote using your email at the following link: livewhollytour.eatwholly.com/city/los-angeles-ca