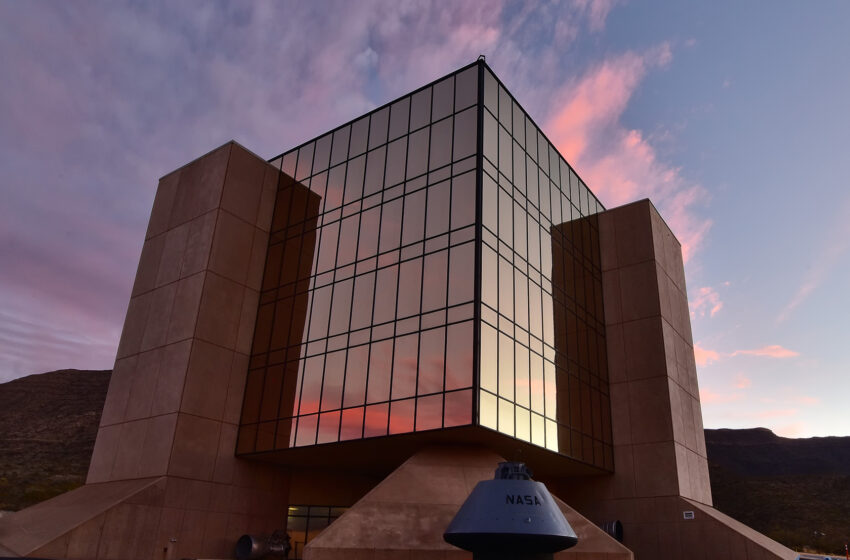 Officials with the New Mexico Museum of Space History, announced that they will re-open to the public on National Space Day, Friday, May 7.

“We are all very excited to welcome the public back into the museum,” said Executive Director Christopher Orwoll. “While we have been closed, there’s been a lot of work going on and it continues, so we ask the public to pardon our dust as we continue much needed upgrades throughout the building.”

The Museum will be open 10 a.m. to 4 p.m. Wednesday through Sunday, closed on Monday and Tuesday.

A temporary reduced entry fee of $5 per person will be in effect, due to ongoing renovation and other projects. Capacity will be limited.

A majority of exhibits remain open, and the newly renovated “Human Spaceflight Gallery” will open for the first time to the public.

Located on the museum’s third floor, the gallery highlights suits and equipment used for the world’s first excursions to space. Several never-before-seen artifacts from the museum’s archives will be on display, including two items of particular interest to New Mexico: the Omega Chronograph watch worn by New Mexican astronaut Jack Schmitt during the Apollo 17 mission in 1972 and the EKG that John Glenn took at the Lovelace Clinic in Albuquerque just before becoming one of America’s first astronauts in 1960.

More artifacts will be added to the gallery over the next couple of months. This gallery is the beginning of a five-year refurbishment to all the galleries and exhibits inside the museum.

Construction will soon begin on a  major new exhibit, “Science Fact vs. Science Fiction,”   giving visitors  an unique opportunity to see an exhibit built from the ground up. The exhibit will feature both authentic spacesuits and those used in popular TV programs such as “Stranger Things.”

The gallery will take another two or three months to finish and visitors will see artifact cases being installed and graphic elements being applied. The exhibit will feature both authentic spacesuits and those that were used in popular TV programs such as “Stranger Things”. Currently, the gallery highlights International Space Hall of Fame Inductee Gene Roddenberry, the creator of Star Trek.

Construction projects either completed or underway on the grounds and inside the museum include xeriscaping along Highway 2001 and near campus buildings, exhibit work inside the museum, elevator replacement, complete bathroom renovations, electrical upgrades, and security lights.

The restrooms on the first floor of the museum are expected to remain closed through mid-June but those on the second and fourth floors will be open to the public.

“Many of the projects going on now at the museum have been needed for years, if not decades,” said Orwoll. “Replacing our 40-year-old elevators was high on the list, followed by renovating restrooms campus-wide, and many other projects that would not have been possible without the support of the Legislature, Department of Cultural Affairs, and our community leaders.”

Access to some areas will be limited or remain closed until further notice, including museum interactive exhibits, the New Horizons Theater, Tombaugh Education Center classrooms, the library, collections storage, playground, and picnic/snack areas.

Group visits, public programs, special events, and volunteer/docent activities will continue in virtual formats only. Reduced occupancy might result in a wait to gain entry.

Museum officials add that, while queuing for entry, visitors should observe social distancing. Visitors will be required to wear a mask or multilayered face covering.