For patients who have had gastric bypass surgery and need an endoscopic retrograde cholangiopancreatography (ERCP), physicians at TTP El Paso can replace surgery-assisted ERCP with an innovative procedure called EDGE (EUS-directed transgastric ERCP).

EDGE is an outpatient procedure that eliminates the need for surgery. During the EDGE procedure, physicians reconnect the excluded stomach to the gastric pouch using a stent passed via an endoscope (a thin, flexible tube), said Antonio Mendoza-Ladd, M.D., FACG, FASGE, assistant professor in TTUSHC El Paso’s division of gastroenterology. In addition to their duties at TTUHSC El Paso, all university professors practice medicine.

“Before, the patient would have to come in, get admitted maybe one or two days prior, and get put on the operating room schedule,” Dr. Mendoza-Ladd said.

“Getting the patients on the OR schedule is complicated because other surgeries usually take precedence over an ERCP. Once admitted, the surgeons do their part, then we do ours and the surgeon has to finish up the procedure. So, it’s tedious. But with this new procedure, we do it on an outpatient basis. The patient comes in today and goes home today. Then they come back three weeks later to remove the stent.”

For patients who have tumors in the stomach that prevent them from eating, surgery or a stent via an endoscope have often been the only options. However, surgery is not always a good choice for patients weakened by sickness; and endoscopic stents although effective, tend to require subsequent procedures to maintain unobstructed.

With an EUS-guided gastrojejunostomy procedure, physicians can now connect the stomach to a loop of bowel away from the tumor, allowing patients to eat normally almost immediately.

The procedure saves patients from surgery and is does not require further endoscopies as the regular stents do.

“That’s the beauty of this procedure: It is a one-and-done procedure, and we don’t have to do invasive surgery on malnourished patients who are sick already,” Mendoza-Ladd said. “This is a procedure that allows them to eat normally. We’re not curing the cancer, but at least they’re able to eat. This is a new procedure that only a few centers in the country are doing. In the state of Texas, only Texas Tech Physicians of El Paso and some centers in Houston have done it. Certainly, in the eastern New Mexico and West Texas area, TTUHSC El Paso is the only center performing it.”

This endoscopic procedure drains the gallbladder and removes stones without a visit to the operating room.

“It saves time, it’s safer for the patient and it ends up with less costs for the hospital because it’s a cheaper procedure than an operation,” Dr. Mendoza-Ladd said. “It’s a good option for a patient who wants to avoid the operating room.” 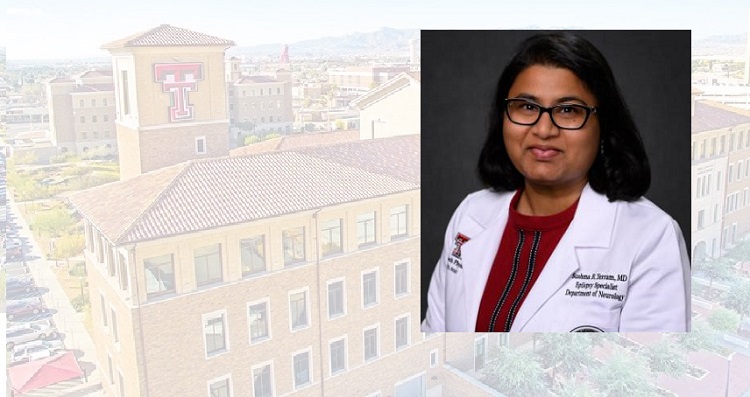