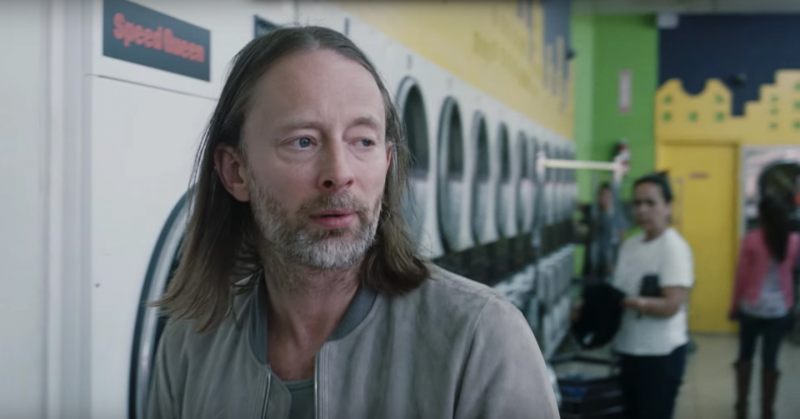 If you’re a music fan, unless you’ve been hiding under a rock for the last few weeks you know that Radiohead has a new album out.  First came the amazing WICKER MAN-inspired video for “Burn the Witch” that snuck onto the internet last week. Watch it here.

More recently, though, was the news that Paul Thomas Anderson, director of films such as THERE WILL BE BLOOD, MAGNOLIA and BOOGIE NIGHTS, had directed a video for the band’s new album A Moon Shaped Pool. You may have seen the video online but you probably haven’t seen the video the way it was meant to be seen, projected in 35mm.

Well, we’re here to fix that. Beginning this week, we will be screening the PTA-directed video in glorious 35mm at our theater. The video will screen exactly at the scheduled start time of the film – between our pre-show content and the ad reel. So if you want to see this video, please do not show up late.

You can catch the video at the following showtimes: