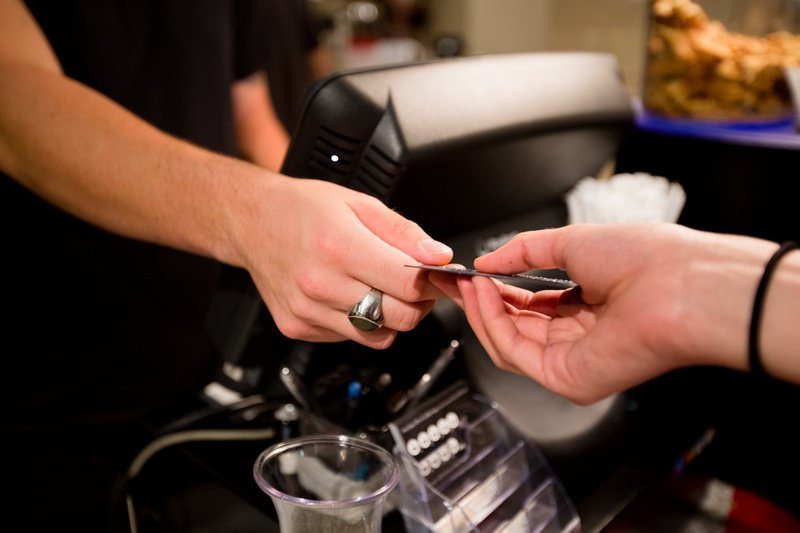 A law that takes effect in January will allow Texas merchants to ask for photo identification for credit and debit card purchases – and turn down transactions if a buyer won’t show it.

The aim of the law — which the Legislature passed during the regular session that ended in May — is to reduce debit and credit card fraud. Though merchants will sometimes pick up the tab for money lost to fraud, it often falls to banks to absorb the losses and replace compromised cards.

“We end up taking a lot of losses,” said Kevin Monk, executive vice president and chief operations officer at Alliance Bank, based in Sulphur Springs. “One card breach can have a significant impact.”

Merchants can ask to see photo ID, but contracts they have with credit card companies often bar them from declining a transaction if a customer refuses to show it.

“I think most people, like me, were surprised that merchants cannot already do this,” said state Sen. Bryan Hughes, R-Mineola, who authored the legislation. “The intent of the law is to give Texas businesses the right to take this common sense step of asking for an ID for a credit card transaction,” especially as fraud and identity theft become more common. Payments made using a mobile wallet are exempt from the photo ID measure.

Despite the law’s intent, Hughes said that some credit card companies “are taking the position that their agreements (with merchants) will supersede or override” it.

Because the new law says merchants may – instead of must – decline a transaction if ID is not provided, “it’s not necessarily requiring them to violate their contract,” said Colin Marks, a professor at St. Mary’s University School of Law and an expert on contracts. Credit card companies could tell merchants that the law “doesn’t require you to turn (customers who don’t show ID) down, and you contractually agreed that you would not,” he said.

That’s what Keith Strama, a lobbyist for Visa, suggested to lawmakers during hearings on the bill in April. He said that the law would be confusing to retailers.

“The last thing we want to do is get in a legal dispute about how this bill applies to our contracts,” Strama said.

Strama told legislators the measure could penalize Texans without photo identification who rely on debit cards issued by the government for certain benefit programs. He added that the law goes against an industry push to get customers’ information out of the hands of store clerks who could be bad actors.

Several other groups opposed the legislation, including a state retailers association whose lobbyist suggested that letting employees determine which customers must show an ID could be perceived as discriminatory or biased.

Stephen Scurlock, executive vice president of the Independent Bankers Association of Texas, said at the hearings he was “baffled” by the “hostile fire” the bill had drawn. “It is totally permissive. There are no liability shifts. There are are no mandates, and there are no penalties.”

Losses from fraud are a major concern for community banks across the state, said Scurlock, whose organization pushed for the measure.

Litigation would likely be needed to determine if state law overrules the credit card companies’ contracts, Marks said. A card company, for example, might sue a Texas merchant that declines to process card transactions.

Even if the state law takes precedence over current contracts, supporters and opponents of the measure don’t think it alone will stymie many instances of fraud. They say chip-card readers and biometric identification – like the fingerprint used to unlock some phones – could help better protect card holders. And they hope progress will be made on different fraud prevention technologies by 2023, when the law is set to expire.

“I don’t think it will stop a significant amount of fraud,” Monk said of the new law. But “I think anything we can do will help.”

Disclosure: The Independent Bankers Association of Texas and St. Mary’s University School of Law have been  financial supporters of The Texas Tribune. A complete list of Tribune donors and sponsors is available here.