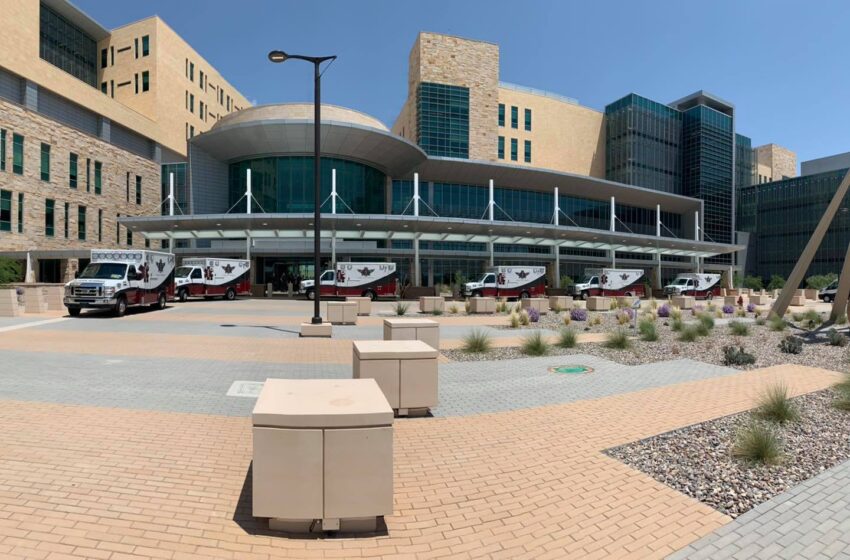 The new hospital, located at 18511 Highlander Medics Street on Fort Bliss, is visible just off Loop 375.

To mark the event, facility officials took to social media to declare “Mission Complete,” as the patients and staff had been fully transitioned to the new hospital.

“Our last patient for today’s movement sequence gives us a thumbs up as our staff cheered his arrival, signifying our official move as complete,” WBAMC officials shared in a post.

“We moved approximately under 20 patients safely to the new facility.”

Officially, the hospital was opened at 7 a.m., with the Emergency Room coming on-line at that time.

Thanks to several previous days of move rehearsal, staff were able to fully transition to the new facility by noontime on Sunday.

While inpatient services started, officials pointed out that clinical services would continue moving into the new facility from July 12 through July 23.

In addition to training for the move, back in February of 2021, WBAMC staff conducted a Day In the Life (DIL) exercise, where they ran through mock patient care scenarios to validate processes and equipment before moving into the new facility.

In March 2021, the hospital announced a delay in occupying the new facility due to some life safety concerns identified during training by hospital personnel, and in surveys by external agencies.

At the time, officials shared that hospital leadership, the United States Army Corps of Engineers (USACE), and the Health Facilities Planning Agency (HFPA) worked to correct life safety deficiencies, including those identified by a registered fire protection engineer.

The engineer’s report identified a fire risk in the high density shelving units located in several places throughout the facility, including environmental services, the Sterile Processing Division, medical records, and the library.

During that delay, leadership addressed the issues.

“I want everyone in the El Paso community to know that the safety of our patients and staff is our number one priority. Throughout this process, we have made deliberate, careful decisions about moving into the facility to ensure that we maintain our strong reputation for safe, quality care,” said the hospital commander, Col. Michael S. Oshiki.

With the risks repaired, facility personnel undertook the move and completed it by mid-morning Sunday.

In addition to the move to the new facility, the old one had one last history-making event.

During the early morning hours, shortly before the move started, Spc. Wanda Porter from 2nd Brigade, 1st Armored Division, and her husband, welcomed Knoah, the last baby born at the legacy facility.

Prior to the move, on July 9th, WBAMC Soldiers and civilians carried the hospital flags in a Ceremonial Transition March from the legacy building to the new, symbolizing the move.